“A journey of a thousand miles must begin with a single step. Educational exchange can turn nations into people, contributing as no other form of communication can to the humanizing of international relations.” Diversity is now beyond just ethnicities or cultures; today, it has transcended into ideas, practices, and experiences. And it is that philosophy that fuels international collaborations to explore, expand, and evolve education, business, and development across the borderless world of the 21st Century.

Keeping in par with that, the American International University – Bangladesh (AIUB) has always made the efforts to ensure the continuous growth and progress of the institution. Under the endorsed Memorandum of Understanding (MoU) with the Universiti Utara Malaysia (UUM), a delegation of 4 doctoral students Ms. Arifah Fasha Binti Rosmani, Ms. Athirah Binti Rosli, Mr. Loai C. A. Alamro, and Mr. Wan Mohd Yusoff Bin Wan Yaacob from the Awang Had Salleh Graduate School of Arts and Sciences, led by the Dean and Head of the Data Science Research Lab, Prof. Dr. Ku Ruhana Ku Mahamud, participated in a 2-week long Outbound Mobility Program at AIUB, from the 1st – 14th of December 2019.

The program orientation introduced the delegation to the university with a meeting with the Vice Chancellor, Dr. Carmen Z. Lamagna, along with the Deans and Directors of the different academic faculties and administrative offices. The delegation was given a full tour of the versatile architectural and green campus of AIUB. The first session of the program was on Bangladesh History and Culture, conducted by Dr. Md. Taufiqul Islam, the Department Head of Social Sciences in the Faculty of Arts & Social Sciences (FASS). which covered the journey of our liberation war and traditional heritages of the nation. Afterwards the delegation met with the student club community of AIUB, where each of the proactive student organizations presented their activities and achievements, welcoming the delegation to the university and inviting them to participate in their upcoming events.

The following day was a cultural excursion to the important landmarks of the country, starting with the ‘Jatiyo Sriti Shoudho’ or the National Martyrs’ Memorial, which is the national monument of Bangladesh, set up in the memory of those who died in the Bangladesh Liberation War of 1971. Next, they visited the ‘Shaheed Minar’, another national monument established to commemorate those killed during the Bengali Language Movement demonstrations of 1952 in then East Pakistan. They were then taken to see the Bangladesh National Museum, housing various artifacts of history, natural history, ethnography, decorative & classical art, contemporary & world civilization. The delegation finally visited the ‘Jatiya Sangsad Bhaban’ or the National Parliament House, which is one of the largest legislative complexes in the world, comprising 200 acres, designed by architect Louis Kahn.

Day 3 began with a session on ‘Swarm Intelligence’, delivered by Prof. Dr. Mahamud at the University of Dhaka (DU), organized by the IEEE Computer Society Bangladesh Chapter (IEEE CSBDC) and hosted by the IEEE CS Student Branch Chapter DU. Later, Prof. Dr. Mahamud conducted another session for students and faculties at AIUB on ‘Manuscript Preparation for High Indexed Journals’. Her session was followed by a cultural program organized by the AIUB Performing Arts Club (APAC), in honor of the delegation, showcasing Bengali folk music and dance, along with classic English performances.

The following day, the delegation was taken on a day-long trip to Sonargaon, a historic city in central Bangladesh, which is one of the old capitals of the historic region of Bengal. It was an administrative center of Eastern Bengal, as well as a port and trading center in the 19th Century. Next day, the delegation experience local markets around the city, ranging from handicrafts, fabrics, and traditional delicacies. The delegation then sportingly participated in the AIUB Cyber Gaming Fest 2019 the next day, trying out the various games in friendly matches with the student participants. On Day 7, they visited the Continuing Education Centre (CEC) of AIUB, touring the premise and observing the various program set-ups, including the IoT (Internet of Things) lab. The following day, the delegates attended a class observation for the course ‘Object Oriented Analysis and Design’, conducted by Dr. Razib Hayat Khan, an Assistant Professor in the Faculty of Science & Technology (FST). Later they attended a session by LEADS Corporation Limited.

The following day, the student delegation conducted a session for the students at AIUB on ‘Sharing Research Experience and Future Research Opportunity at UUM’, later on going on a company visit to Workspace Infotech, an upcoming web development company that provides Website and Graphics Design, E-commerce Website, Software, Mobile Apps in Bangladesh. The next day was lined up with 2 more corporate tours to Robi Axiata, the second largest mobile network operator in Bangladesh, which is joint venture between Axiata Group Berhad of Malaysia, Bharti Airtel Limited of India, and NTT DoCoMo Inc. of Japan, followed by another visit to Ulkesemi Limited, Silicon Valley-based corporation with operations in Dhaka, Bangladesh and Bengaluru, India, which is now Bangladesh’s Number#1 Semiconductor Design Service Company. The delegation then spent the weekend visiting the Sreepur operations of the American Dairy Limited (ADL), where they not only explored the outskirts of the city, but enjoyed the traditional winter festivities of Bangladesh. The mobility program came to an end the next day with an awarding of the Certificates of Completion to the delegates, exchanging their views, takeaways, and plans on their research and experiences on the program. With the success of the mobility program, both institutions look forward to continuing their international exchanges, mutually enriching and evolving their student experiences in the long run 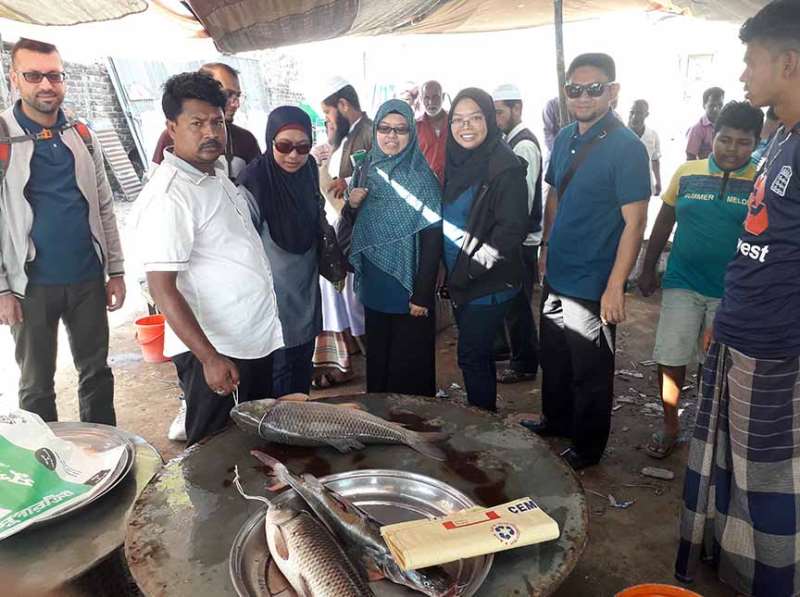 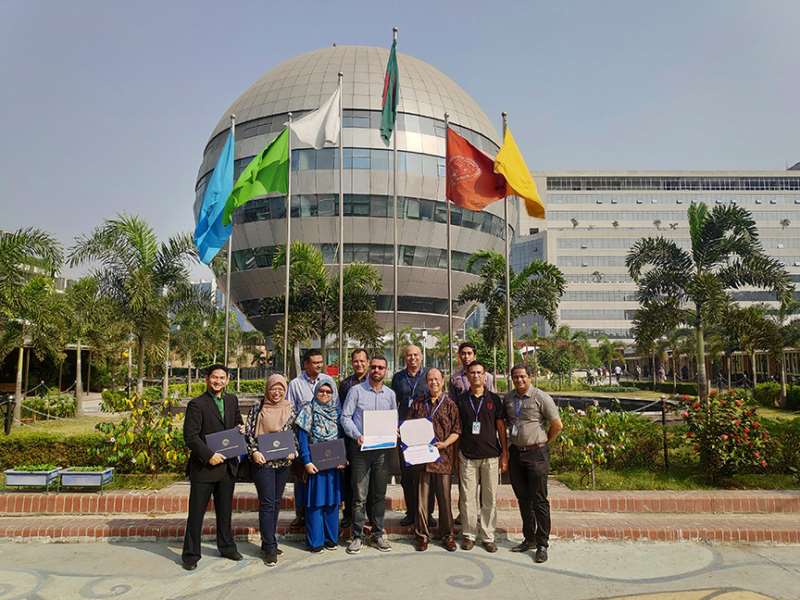 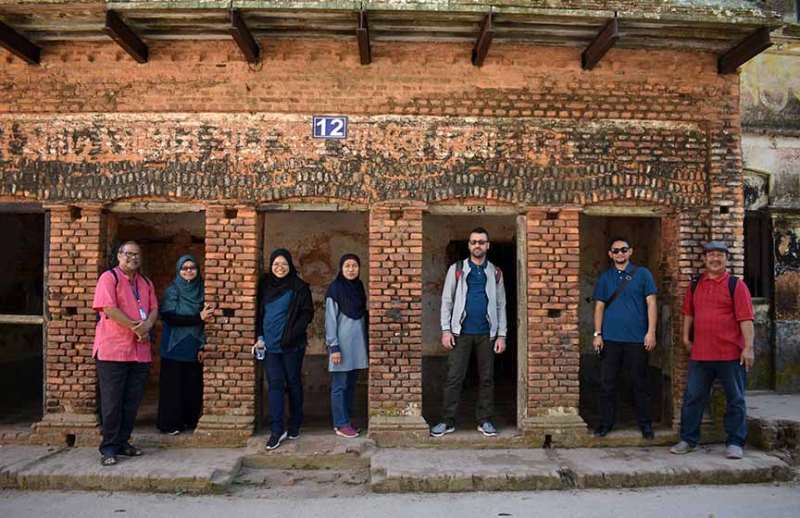 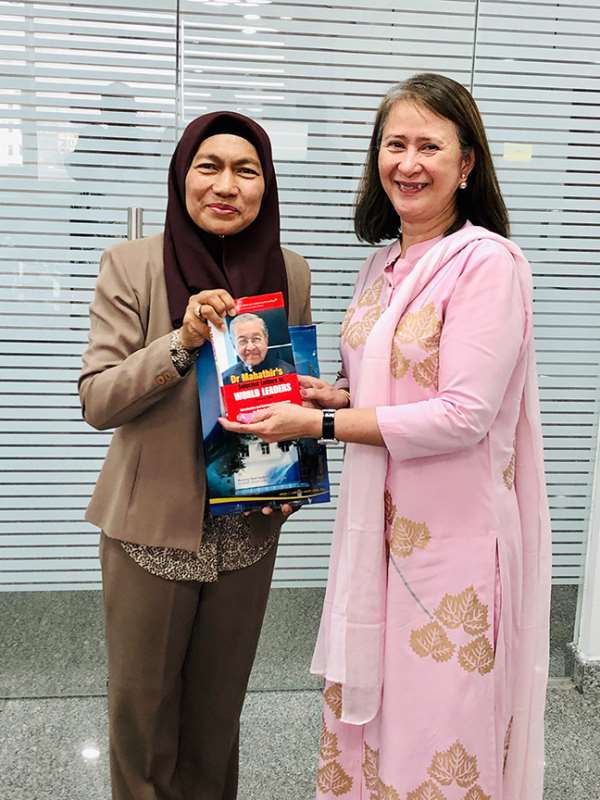 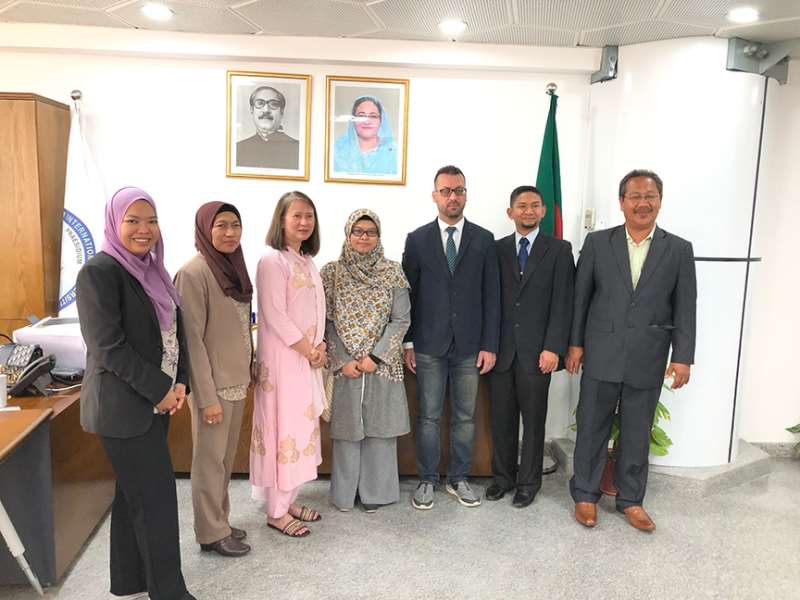 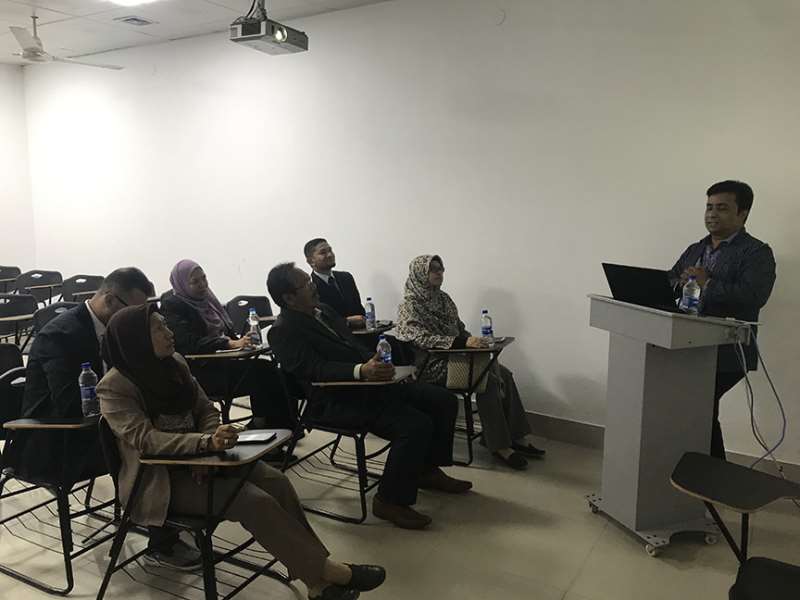 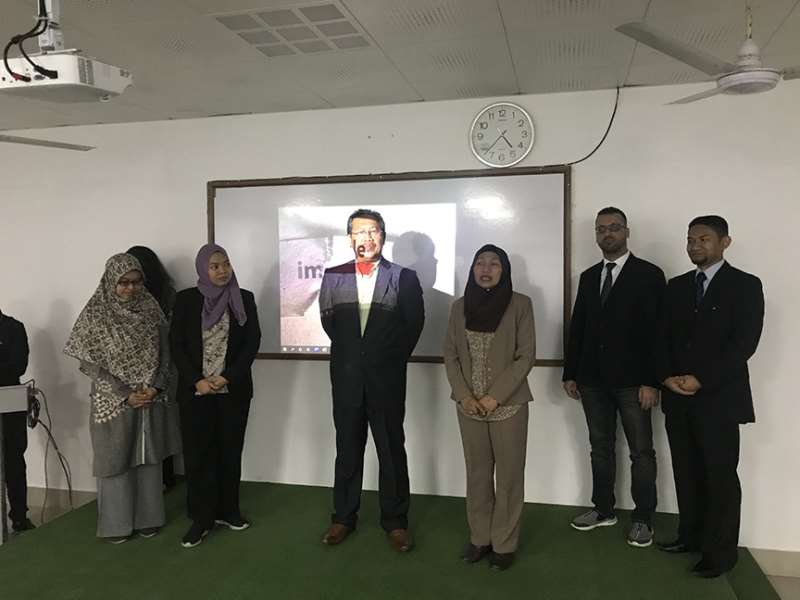 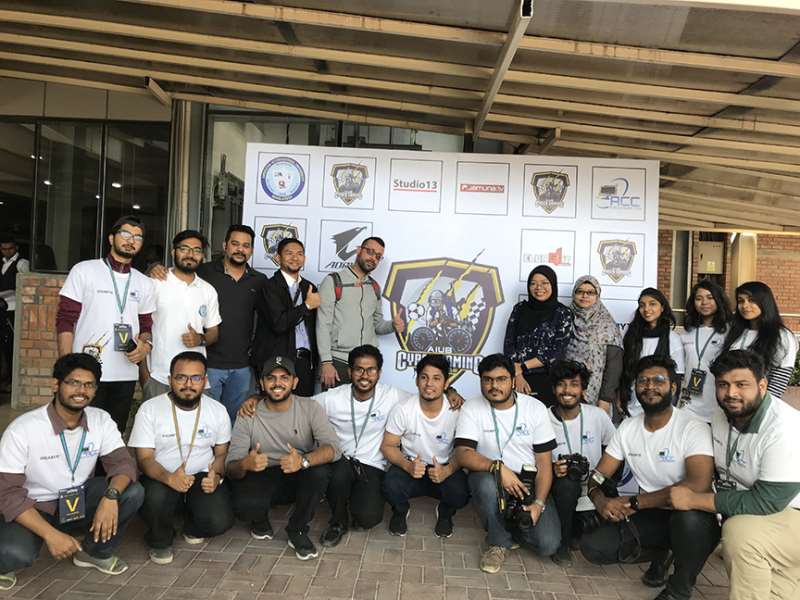 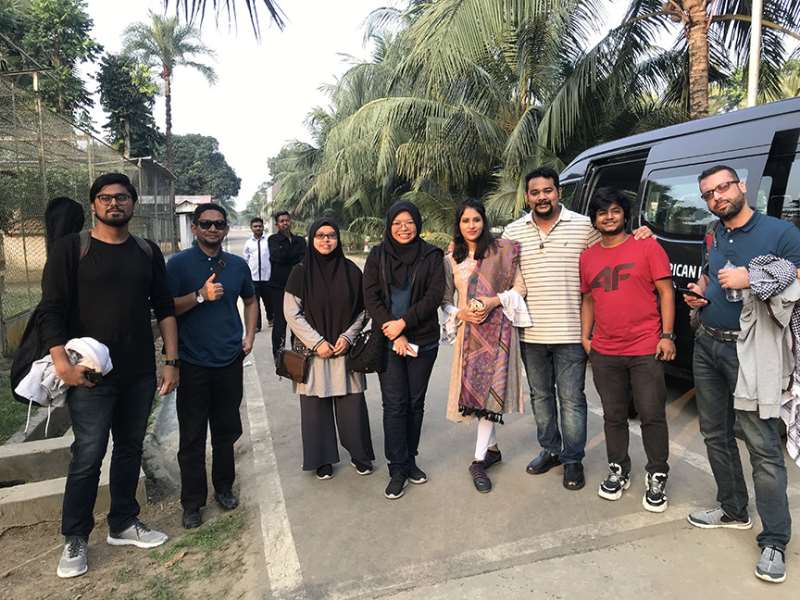 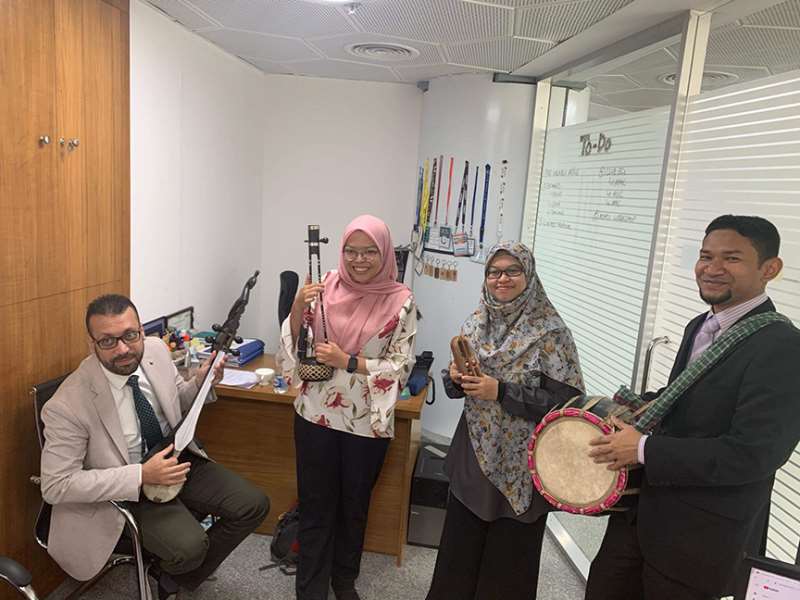 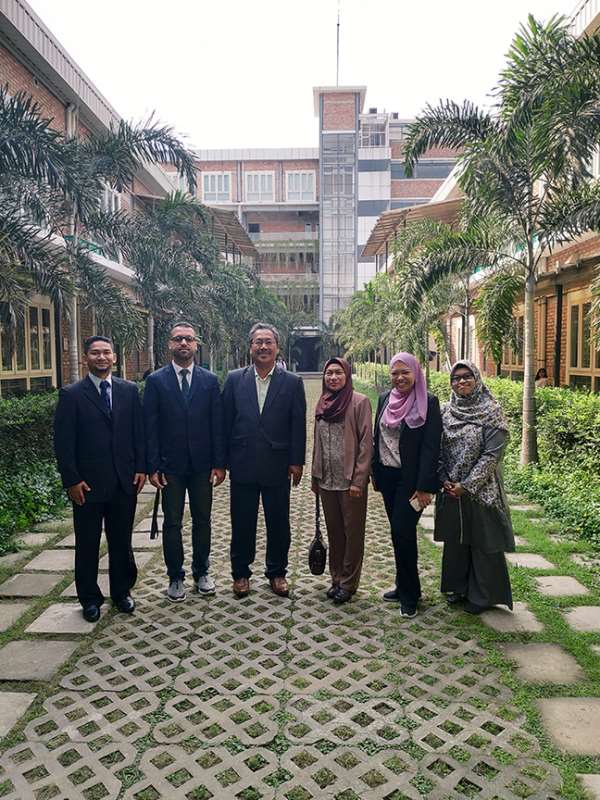 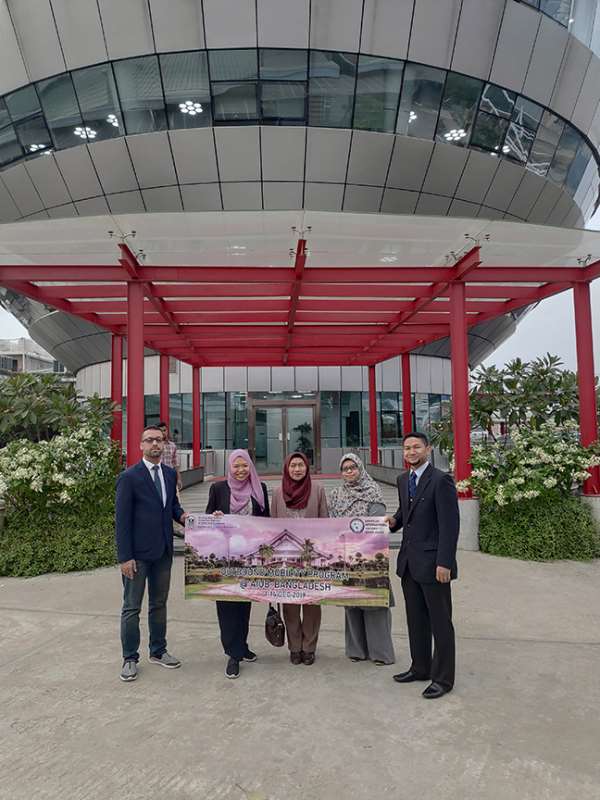 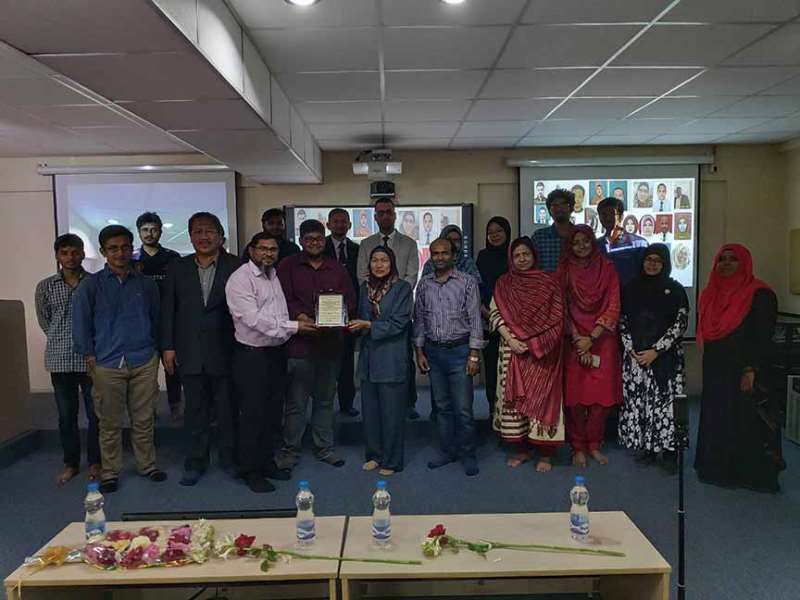