The incessant rain of the past couple of months, various part of the country has been swamped by severe floods, rendering transport and communication disabled, homes swept away, and millions of lives suffering in harsh conditions and hardships.

Particularly around the northwest region of Bangladesh, the onrush of water from the upstream and heavy rainfall triggered by the monsoon inundated vast areas, especially in Dinajpur, Lalmonirhat, and Bogra, marooning thousands of locals. The water from the Jamuna River was flowing 10 centimeters above the danger level, affecting more than 5.7 million people in over 27 districts. Many of those affected have taken refuge in temporary shelters and are unable to return to their homes, and withtheoverwhelming scarcity of food, medicine, and bare necessities among the victims, everyone had to come together to do what they could to help those in need. Concerned by the growing devastation in the flood-effected regions that got worse with each day, the AIUB Social Welfare Club, “Shomoy”, organized their annual week-long fund-raising campaign to provide relief to the flood-effected in the ShariakandiUpazila of Bogra.

Given the severity and magnitude of the situation across the nation, numerous individuals and organizations, both public and private, came forward to aid people impacted by the devastating flood. But, under the circumstances, every bit of help matters. Upholding their beliefs of coming together to develop the society, the AIUB “Shomoy” Club ran a university-wide campaign to raise funds for the welfare of the flood-affected. With the help of the university management through the contributions of students, faculties, and administration alike, as well as local authorities, they provided relief to around 370 families on the 30th of August 2017 in the remote ‘chor’ areas of the ShariakandiUpazila.

Amidst the adversitiessuch calamities bring to naturally eroded and flood-prone lands, the “Shomoy” Club members were humbled to be able to bring some semblance of respite to the families. AIUB is, without a doubt, proud of their students for making such genuine efforts every year to aid the people who battle through these difficult times of need in our country. The university, together with its students, hopes to be able to continue doing their part in contributing to support such noble initiatives to help those in need, in times of need, till we can all come together as one society, triumphing over the tribulations. 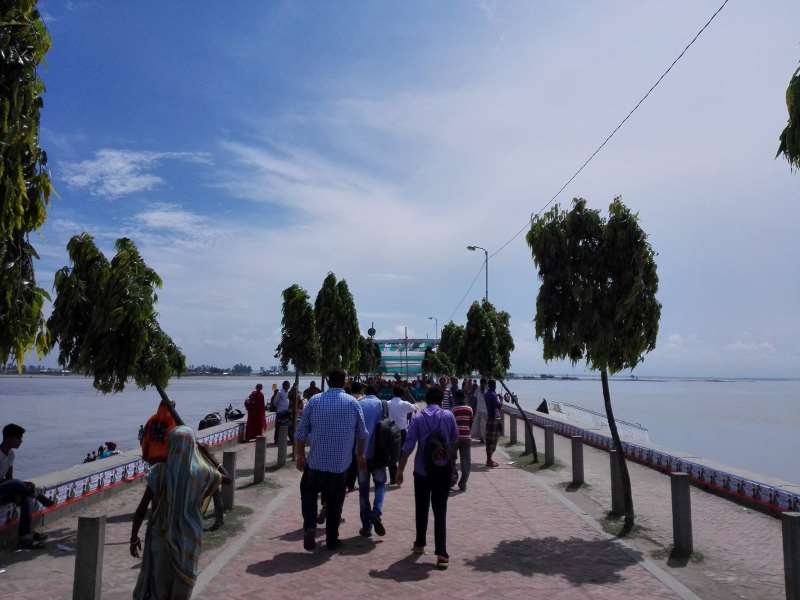 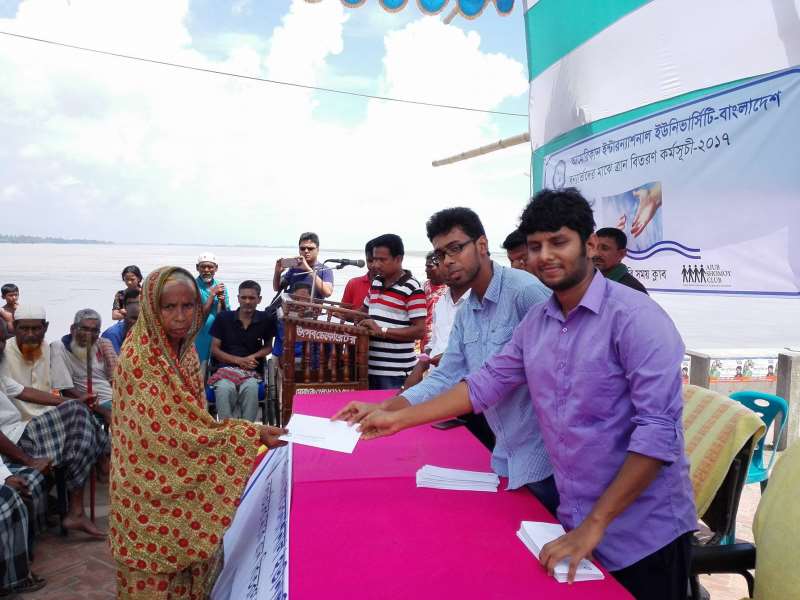 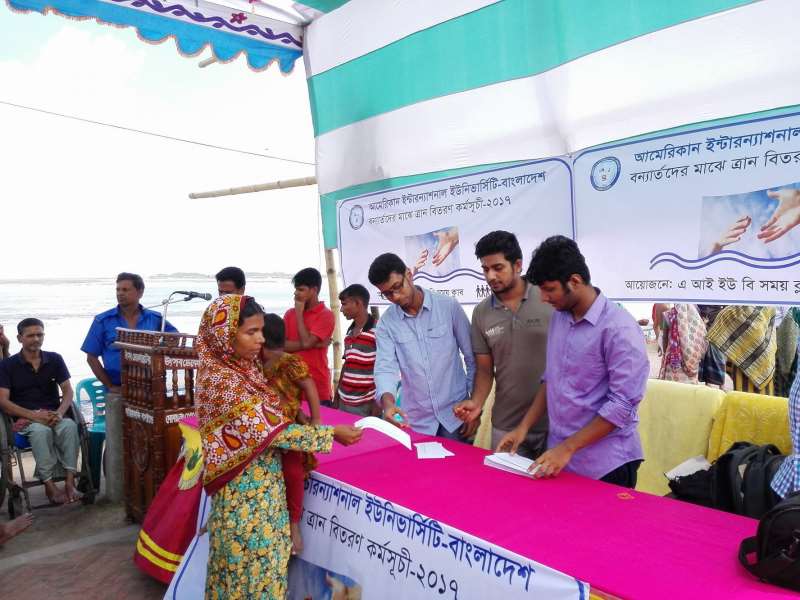 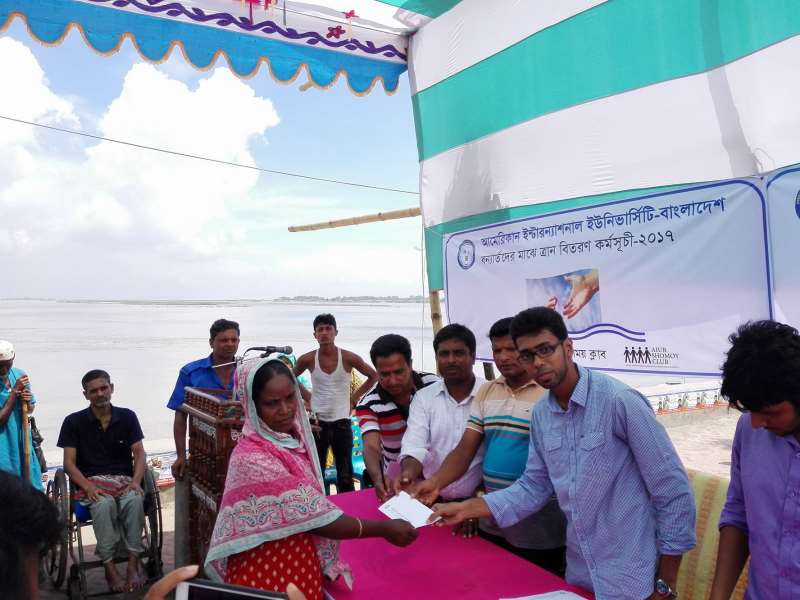 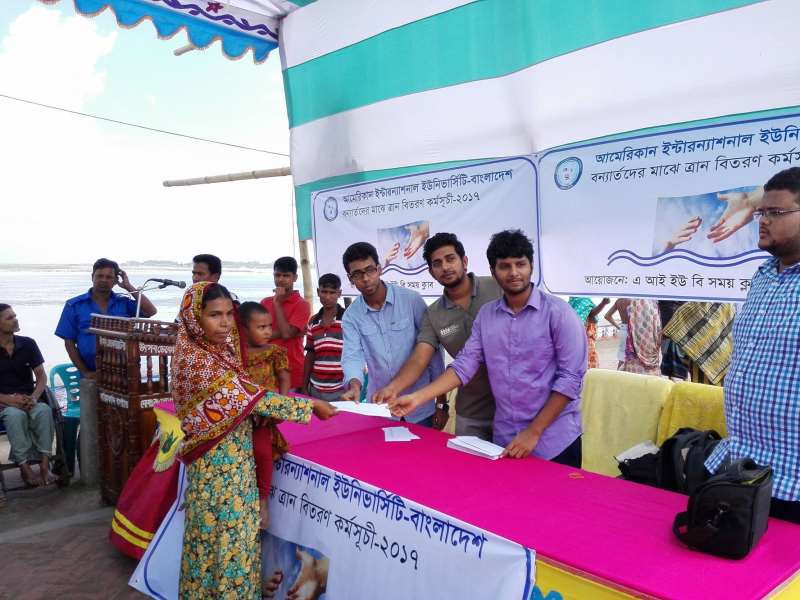 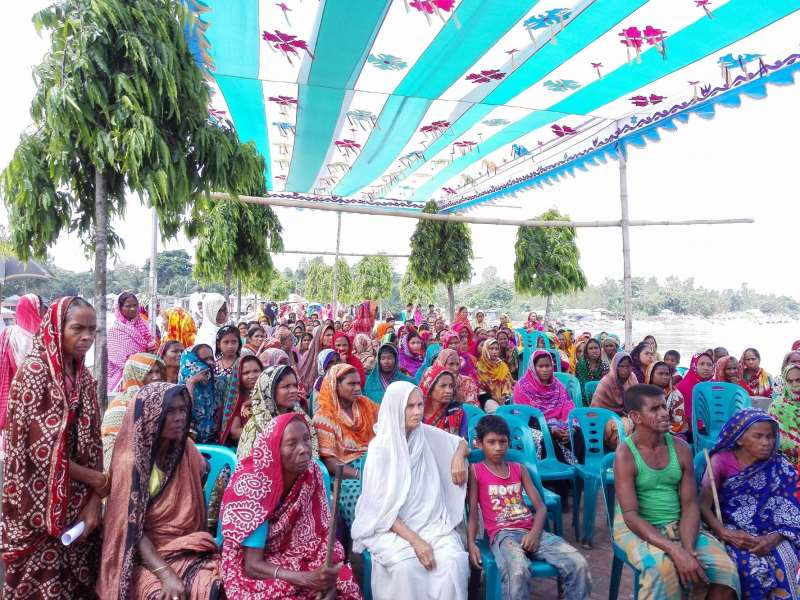