“Poetry Pool” organized by the Department of English

An exuberant literary event titled “Poetry Pool” took place on 3rd August at 3pm in Media Studio of AIUB campus. The event was organized by the Department of English, AIUB. In this event, all the students of AIUB were invited to participate in a poetry recitation competition and they competed through screening rounds to reach the final round that was held on 3rd August with vibrant exuberance among the audience. There were basically three rounds of events such as Poetry Recitation in general, Reciting Self-Composed Poem and finally Poetry Performance. In the poetry recitation round the participants recited the poems both in Bangla and English by different eminent poets. In the second round, the participants recited their self-composed poems. The students participated with extraordinary enthusiasm and their performances were highly appreciated. The third round of the event was the most interesting one, where the participants did several actions like reciting, acting, role playing simultaneously. In this round, the students demonstrated their highest expertise in acting and reciting along with the use of some supplementary characters as well as props on the stage. The honorable Dean of the Faculty of Arts & Social Sciences, Prof. Dr.Tazul Islam, the Associate Dean-in-charge of FASS, Dr. A. B. M. Rahmatullah and the Head of the Department of English, Mr. M Hamidul Haque were present on the occasion. In Poetry Recitation round, the Champion was Dipraj Roy Dipto and the Runner-up position was procured by Sajedur Saj. In Poetry Performance round, the winning position was achieved by Rabeya Khatun Ritu and the Runner up was Kazi Fairuz Nazim. In the final round of Self- Composed poetry performance, the Champion was Shamma Saiyara and the Runner-up was Alpona Snighdha. Among the judges, there were Anwarul Kabir, a poet and writer who is an Associate Professor in the Department of CSE, AIUB, media personality Afroza Shoma, Assistant Professor in the Department of Media and Mass Communication, AIUB, and Dravida Anjuman Huda, an Assistant Professor (on leave) in the Department of English. At the end of the program, the certificates and crests were distributed among the winners. The event was coordinated by Mr. Shihab Saqib, Assistant Professor of Department of English, AIUB. 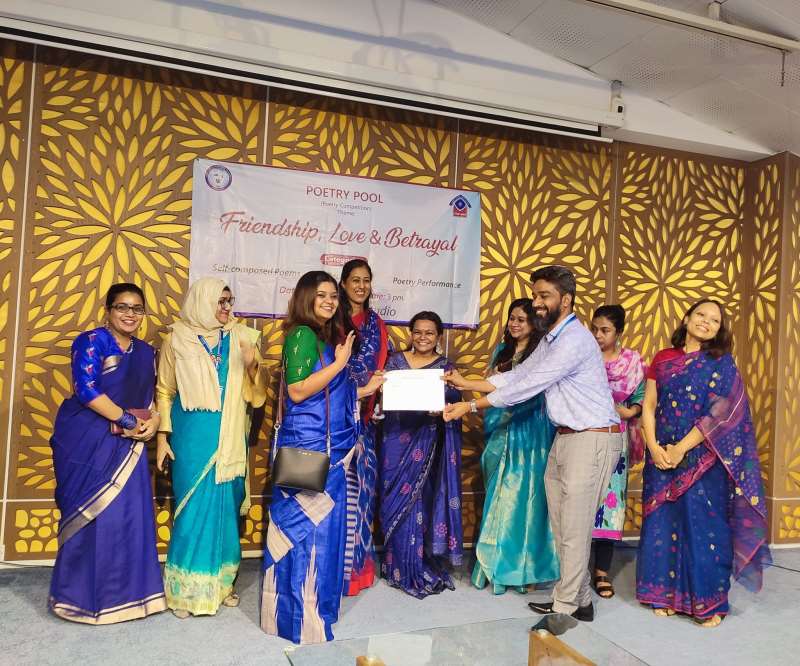 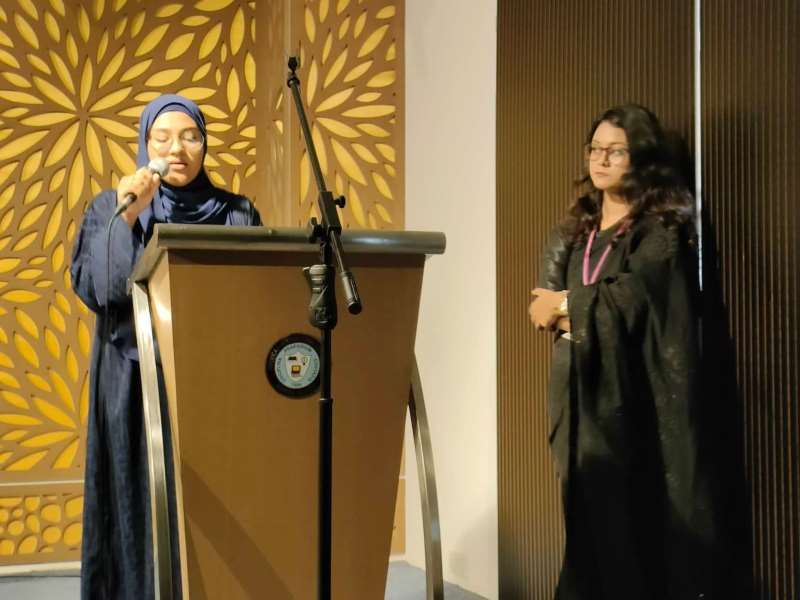 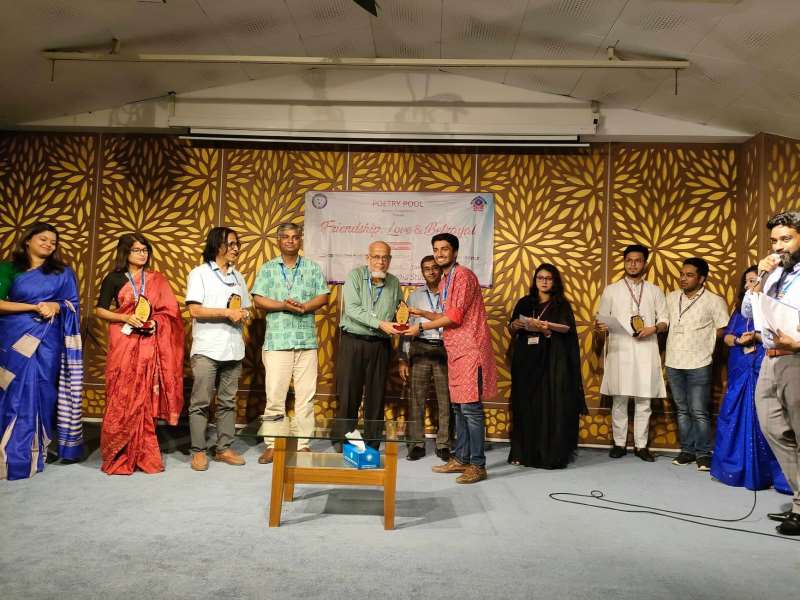 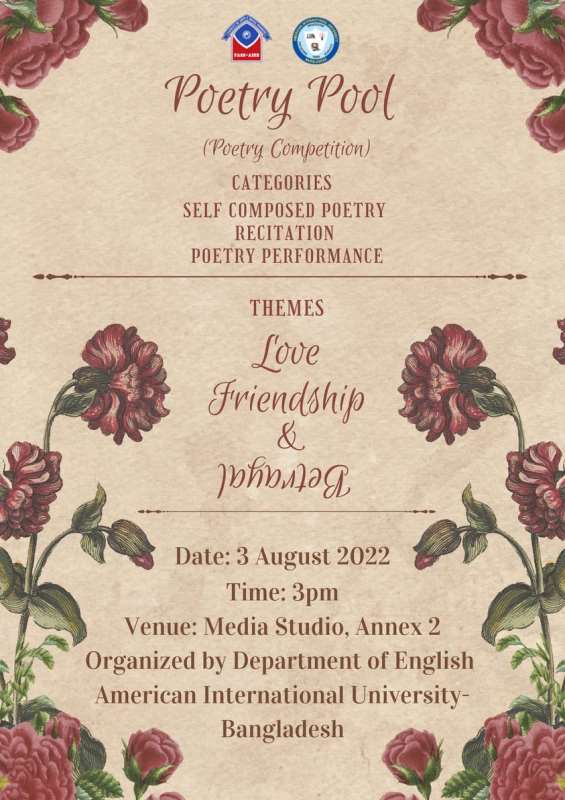