A contest titled “Line Follower Robot Competition” was organized by Engineering Students’ Association Bangladesh (ESAB) AIUB Unit Face in Room-266, Building-2, from 2.00 pm-4:00 pm on 12th April, 2015. The opening session of the workshop started with the national anthem followed by, a brief promo video of ESAB, focussing on ESAB's aim, vision and activities. The inaugural speech was delivered by Ms. Tajbia Karim (Lecturer, Department of EEE, AIUB) motivating the participants to continue their journey in the field of robotics from this first stepping stone. Later on, an informative speech was provided by honourable guest Mr. M.S. Muhit (Assistant Professor, Department of EEE, AIUB), encouraging them to take part in such contests and competitions to build up their confidence.

Mr. Ebad Zahir (Assistant Professor & Special Assistant, Department of EEE, AIUB) and Mr. Nafiz Ahmed Chisty (Assistant Professor & Special Assistant, Department of EEE, AIUB) made the contest even more enthusiastic and mesmerizing to all by being the honourable Jury members. Mr. Ebad Zahir gave away a very inspiring and resourceful speech explaining the usefulness of such event. The final session started with the exhibition of the participating robots on the competition track. The jury panel also inquired each team for their execution and assembly of the line follower robot, they are competing with. After rounds of intense competition between the teams, the honourable jury panel announced the winner and the runner up of the competition. The winning team was Team no.10 (GODHULI) and the runner up team was Team no.9 (SHURJO TORUN). Certificates were distributed among the winning team, the runner up team and other participating teams as a mark of their successful participation to the event at the end of the competition. 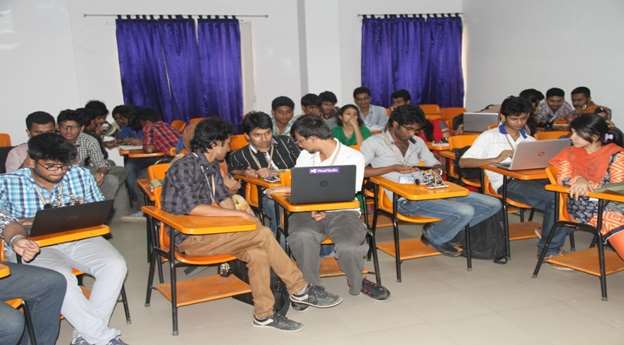 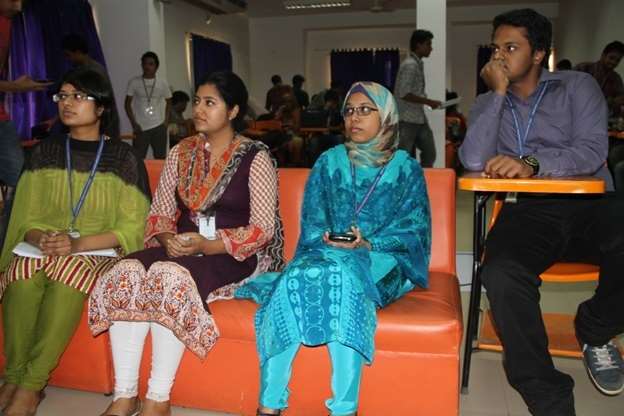 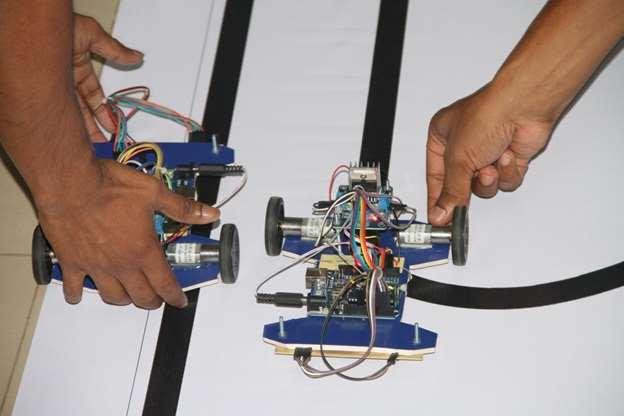 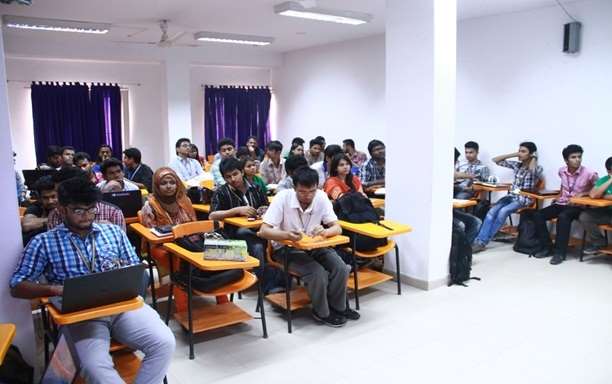 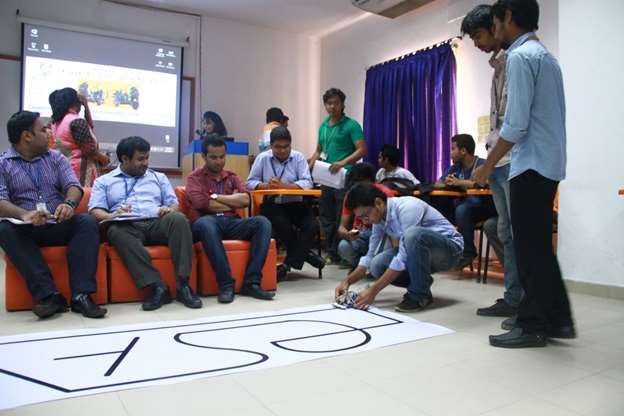 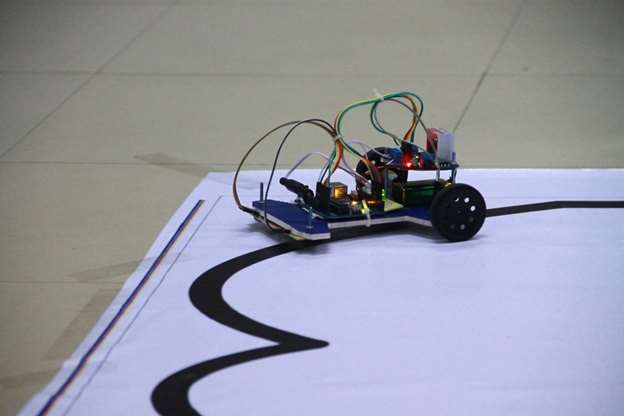 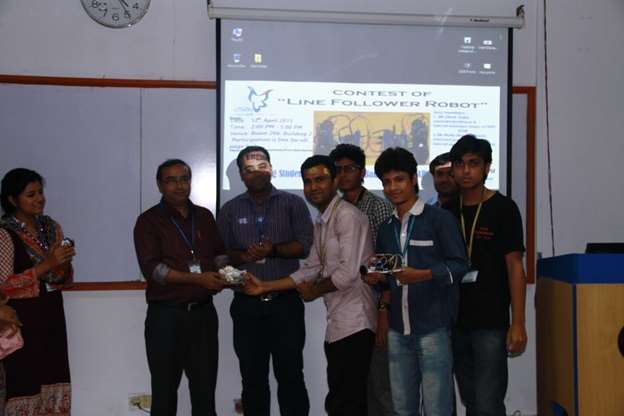 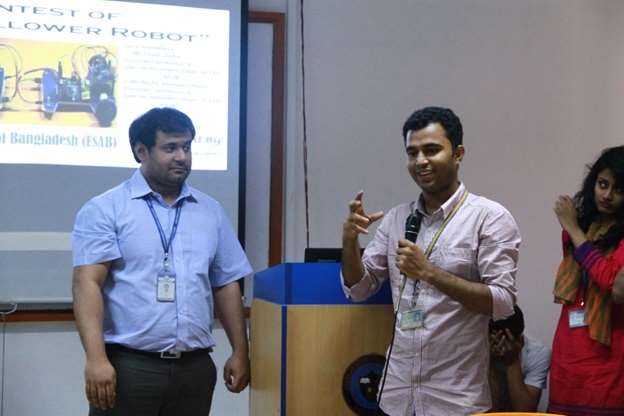 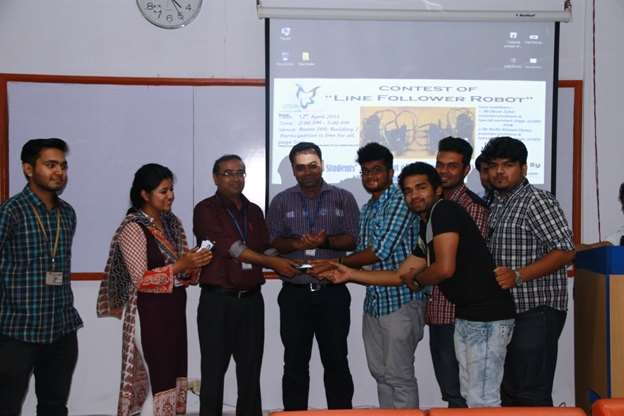 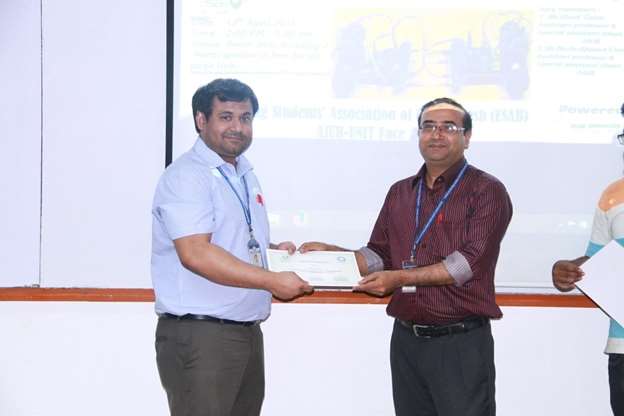 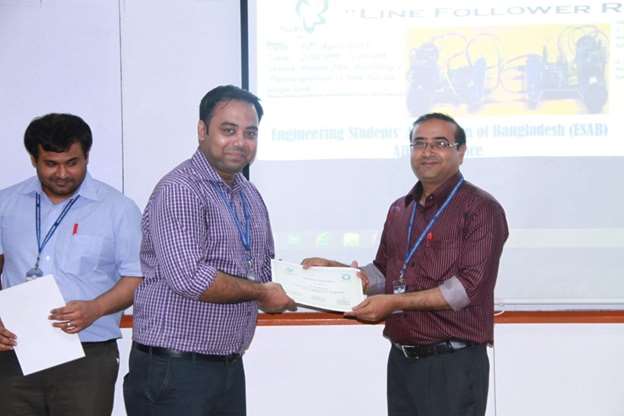 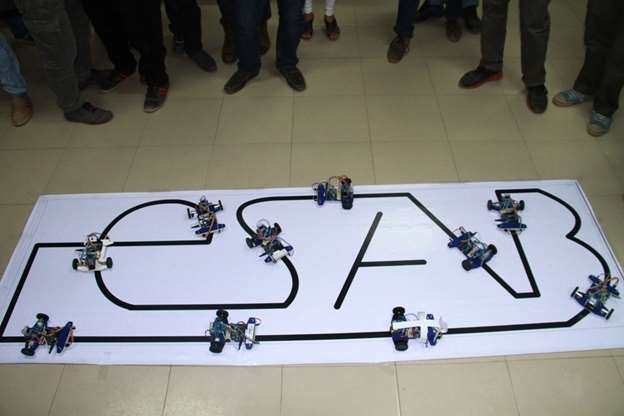 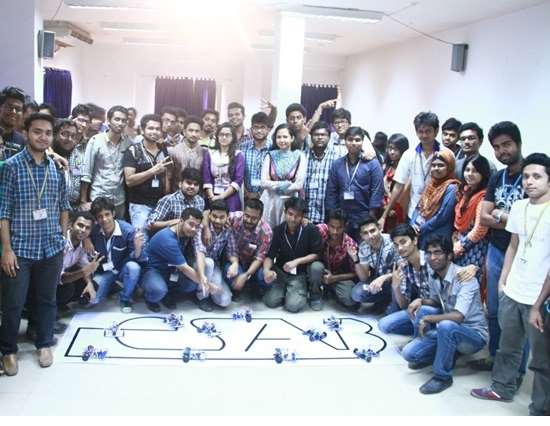 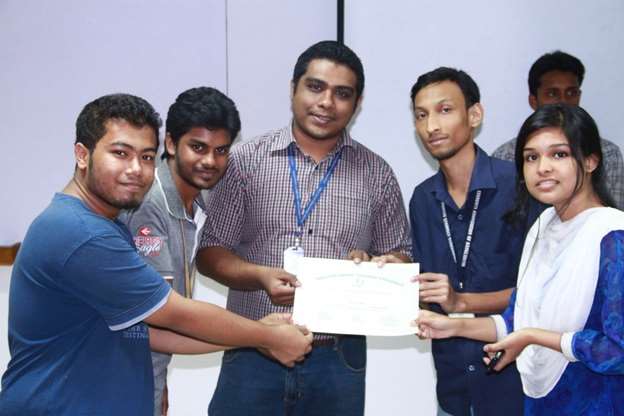 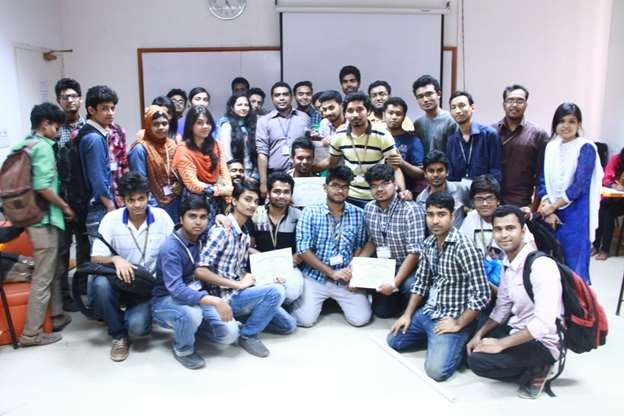