FACULTY OF ENGINEERING ORGANIZED A WEBINAR TITLED “LET THERE BE IOT”

Faculty of Engineering organized a webinar titled “Let there be IoT” on 4th June 2021 (Friday) which was supported by AIUB Community of Engineering Students (ACES). The program began at 03:30 PM with around 200 participants attending via online platform Zoom. The purpose of this webinar was to spread the concept of IoT and its distinctive applications in various sectors. Prof. Dr. A.B.M. Siddique Hossain (Dean, Faculty of Engineering, AIUB; Advisor, ACES) inaugurated the webinar by applauding the functionality and developing ubiquity of IoT innovation around the globe. He concluded by encouraging the students to do research and utilize the vast concept of IoT for the betterment of the world.

Afterwards, Mr. Zafir Shafiee Chowdhury (Director & CIO, Bondstein Technologies) started his speech by underlining the significance of examining the forthcoming technologies that work indistinguishably with IoT. After that, he highlighted the mission, vision and accomplishments of Bondstein. Followed by, Mr. T M Moniruzzaman Sunny (Director, Bondstein Technologies) began his speech by pointing out the change required to make in the perspective of viewing IoT as a thing to analyse and use in a productive manner. He further emphasized on the advantages and applications of TinyML through many demonstrations, videos, and devices. Finally, he showed several AI applications and advised all the students to explore these technologies. Thereafter, Mr. Zafir Shafiee Chowdhury (Director & CIO, Bondstein Technologies) continued his speech exemplifying Lorawan technology and Nvidia as the IoT application. In conclusion, he inspired everyone to research more about IoT to apply them in future initiatives to make an impact on the world. Lastly, Mr. Abir Ahmed (Lecturer, Faculty of Engineering, AIUB; Motivator, ACES) presented the virtual crest of appreciation to both the honourable speakers. 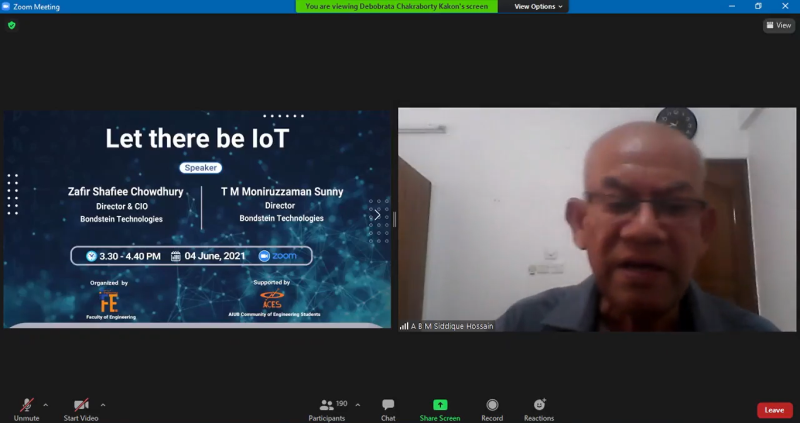 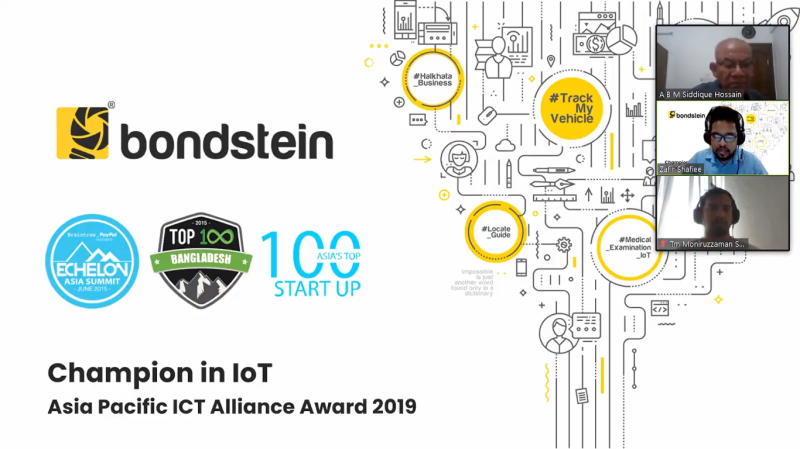 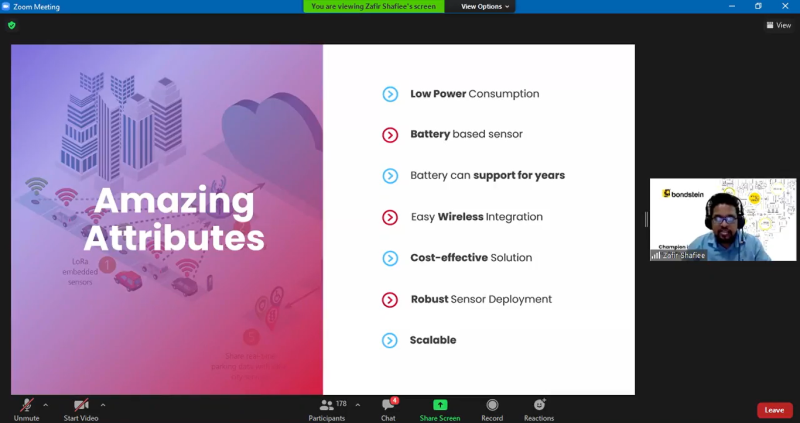 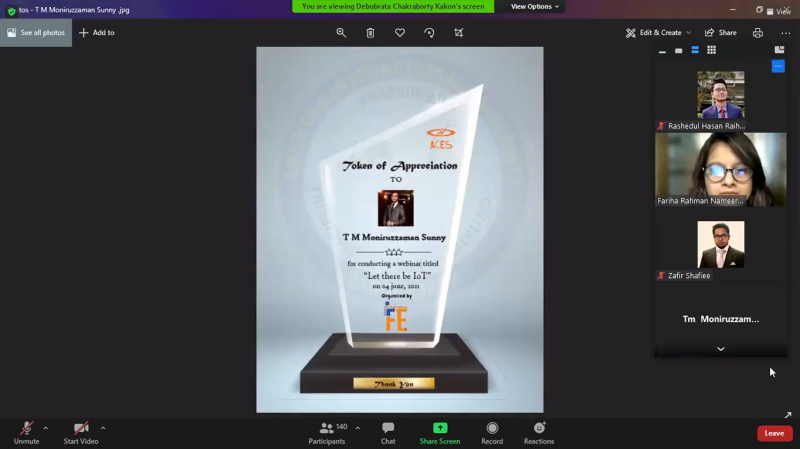 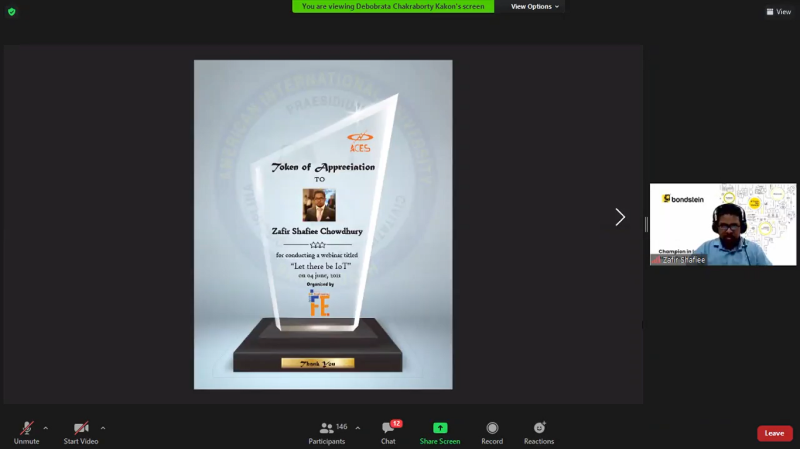 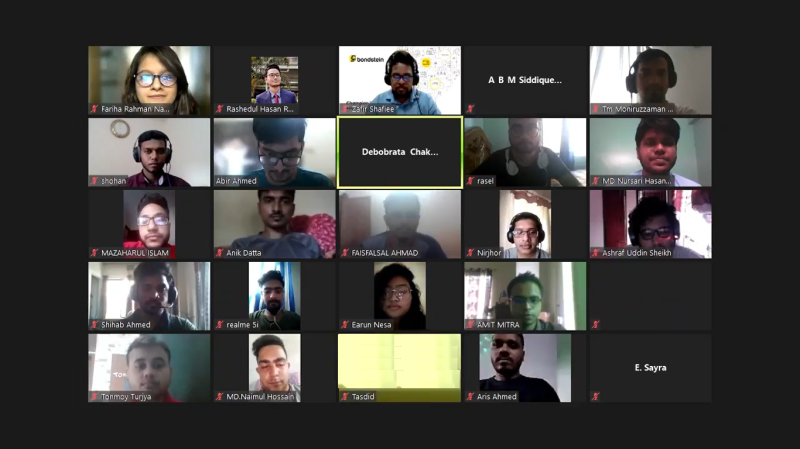