The Science Fair organized by BAF Shaheen College held last 2-3 August 2017 was a resounding success in spite of the rain on the second and last day of the two-day event. Ninety two (92) colleges and schools participated in the science fair and various competitions like Olympiad in Physics, Chemistry, Biology, Mathematics, IT, Extemporaneous Speaking, and others were held.The FBA Team led by Prof. Dr. Charles C. Villanueva, Pro Vice Chancellor and Dean, FBA; Ms. Farheen Hassan, Director, BBA Program, FBA; Mr. Stanley Rodrick, Asst. Prof. Marketing Dept, FBA;  Ms. Tahsina Khan Nimmi, Asst. Prof. Marketing Dept, FBA,  Mr. Afdalin Bin Haque, Asst. Prof. Management & HRM Dept. FBA and Mr. Md. Asif Kamal, Asst. Professor went to visit the Science Projects displayed  and during the awarding ceremonies. The Team was well received and ushered by the Principal of the College, Group Captain AHM Ameerul Ahsan , Faculty and the officers of the Science Club in viewing the exhibits and in the Closing Ceremony of which Dr. Charles was the Chief Guest. The exhibits were arranged and displayed   in 2 floors of a building. It was well presented and truly a display of the scientific minds of the students as they explained their respected projects. The closing ceremony was preceded with a career orientation presenting the FBA and FASS programs. The team presented a power point about AIUB and the programs of FBA and FASS followed by a narration of the team highlighting the prospects of the academic programs and the majors students can choose from. This was followed by the awarding of plaques to the winners and Recognition of the faculty, guests and organization like AIUB who contributed in the success of the event. As the Chief Guest, the  Pro Vice Chancellor delivered an address focusing on the theme, the Youth, hope of the Motherland and the role of AIUB in honing and molding the character of the students and the provision of the learning domains: knowledge, psychomotor/skills and affective/desirable attitude and behavior. The Principal, likewise, delivered a message during the closing program. He expressed  thanks and appreciation to all the participants, congratulate the winners, the organizers and the number of sponsors who shared their resources which made the event possible and successful. As a major sponsor, AIUB, was given appropriate recognition and looking forward to be a partner again in next year’s event. The Principal encouraged also the students to enroll in AIUB for their university degree. This call was received by the students with enthusiasm  a big hand. 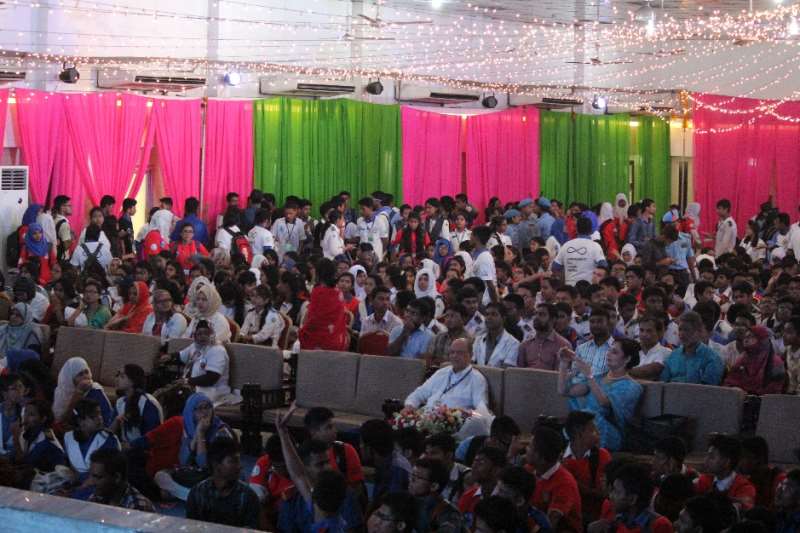 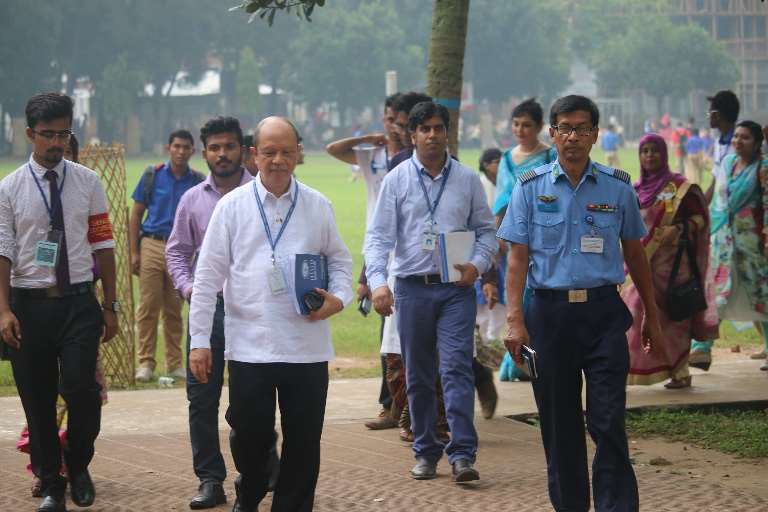 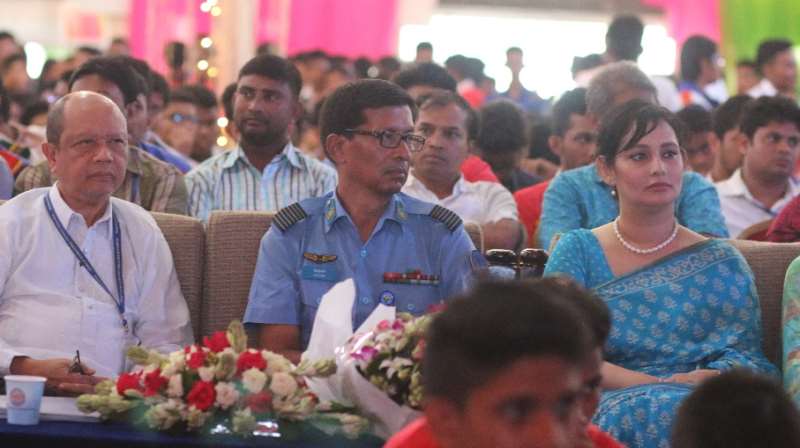 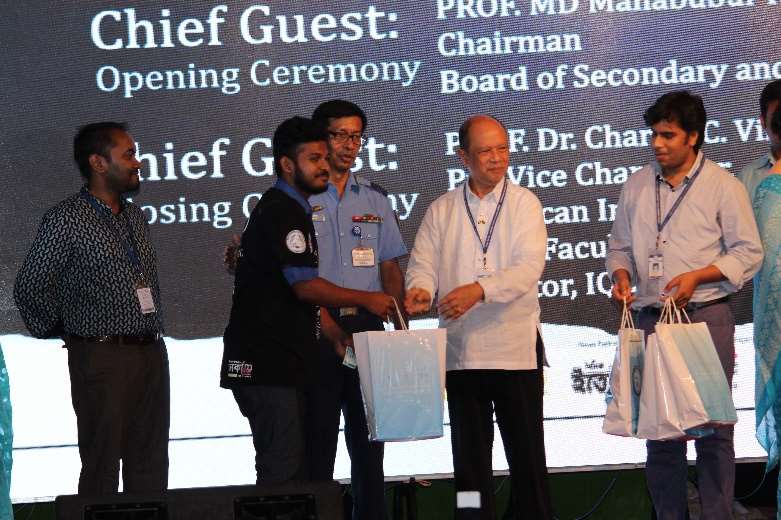 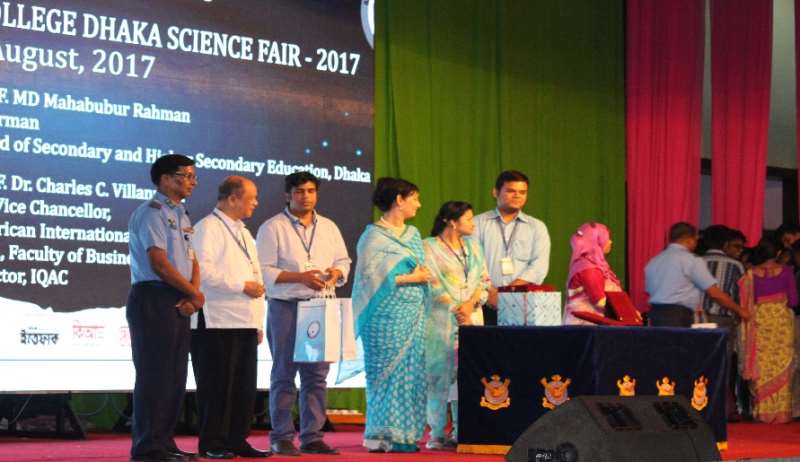