The culture of a nation resides in the hearts and souls of its people. Culture does not make people; people make the culture. And the best way to share it is to experience it. But not everyone is able to travel across regions and live the dream, which is why we found the next best things – books, music, and of course, films. Stories told through the pages or rhythms certainly have a charm of their own, but witnessing its entirety played out right before you as though you are in it, is indeed something else. At the American International University – Bangladesh (AIUB), with the aim to ‘present and promote culture’, the AIUB Film Club (AFC), collaborated with Facecard Productions to organize a promotional campaign for one of the most-awaited upcoming Bangladeshi movies, “Hawa”. A mystery-drama and the directorial debut by Mejbaur Rahman Sumon, that revolves around eight fishermen and an odd gypsy girl trapped in a fishing trawler where strange incidents unravel the story that was based on a fairy tale. The event was opened by Mr. Manzur H. Khan, the Director for the Office of Student Affairs (OSA) at AIUB, followed by a stage performance by social influencer Ms. Masuda Khan, also known as Masu Ake. Afterwards, Mr. Sumon, along with the star-studded cast of Mr. Chanchal Chowdhury, Ms. Nazifa Tushi, and Mr. Nasir Uddin Khan, made their way to the stage, where they showcased the making of the movie along with its synopsis. The shooting began back in 2019, when the entire cast and crew spent nearly 2 months on the Bay of Bengal but due to Hurricane Bulbul, they got stranded in the ocean with no means of communication for 5 days. In a way, they have truly portrayed their own experiences onto the screen. The team was also accompanied by the musician, Mr. Tanzir Tuhin, Mr. Emon Chowdhury, and the band, ‘Meghdol’, who all put up incredible musical performances that had the students thoroughly enjoyed. The program ended with a vote of thanks for the guests, organizers, and of course, the audience, followed by an invitation to everyone to go watch the film, releasing in theatres on the 29th of July 2022. The university applauds AFC’s efforts to foster the local culture, folk music, and an original storyline onto the big screen and looks forward to many more such initiatives that reflect our arts, music, and literature and bring our ideas to life. 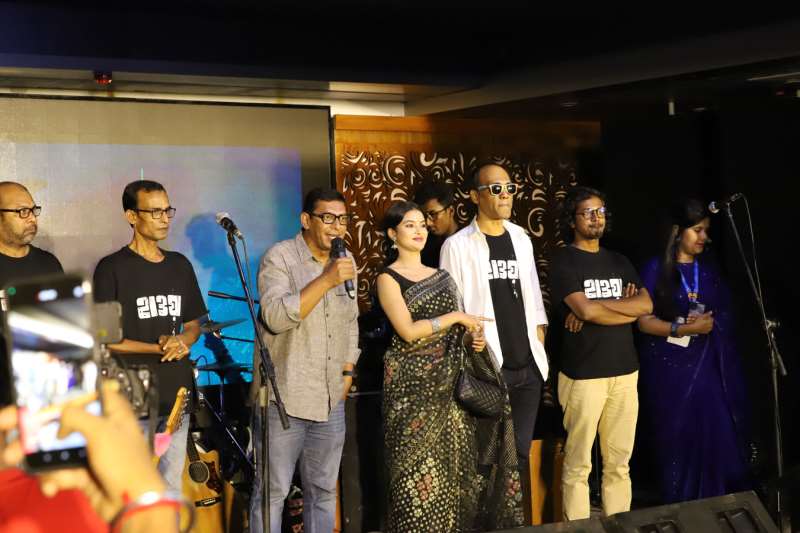 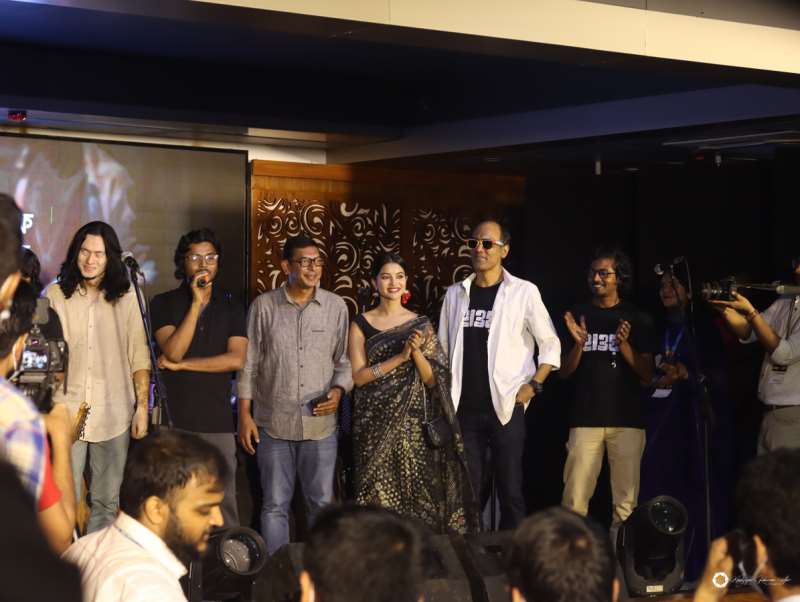 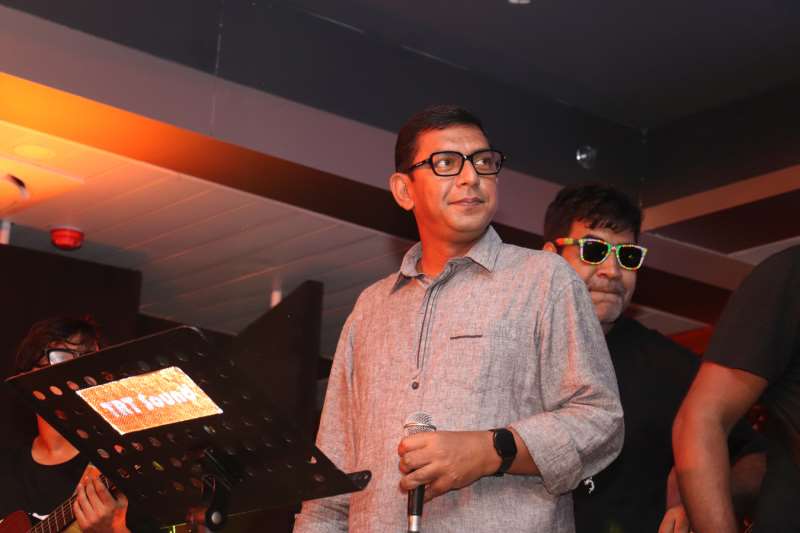 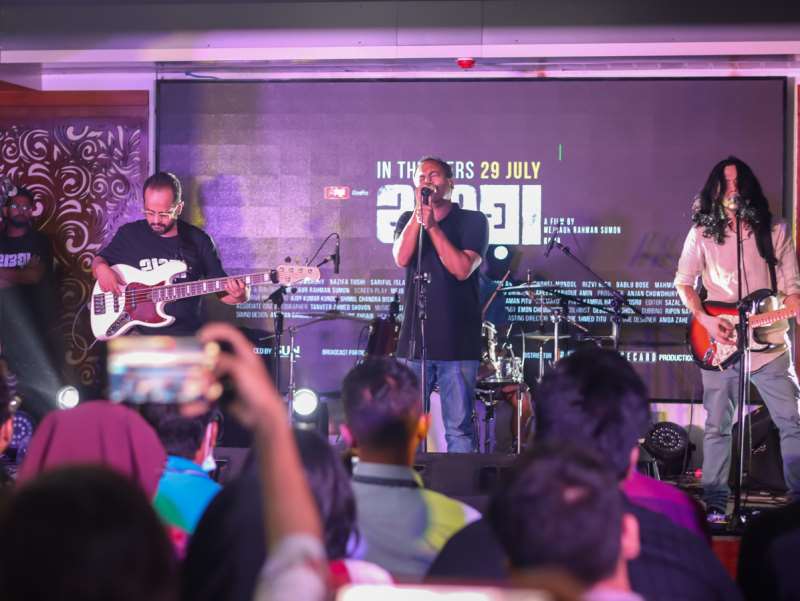 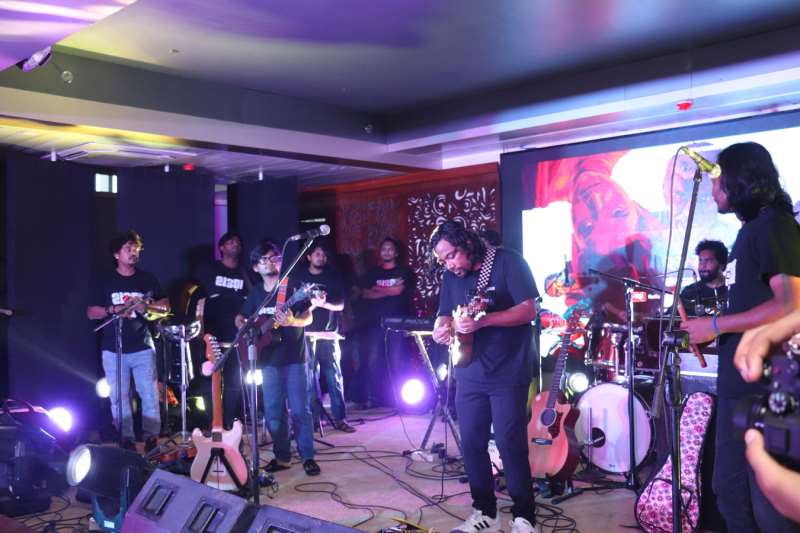 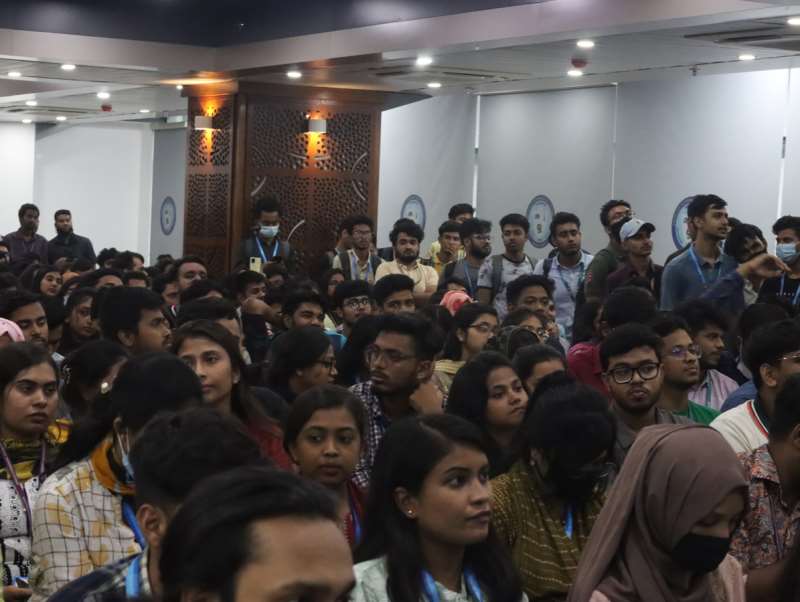 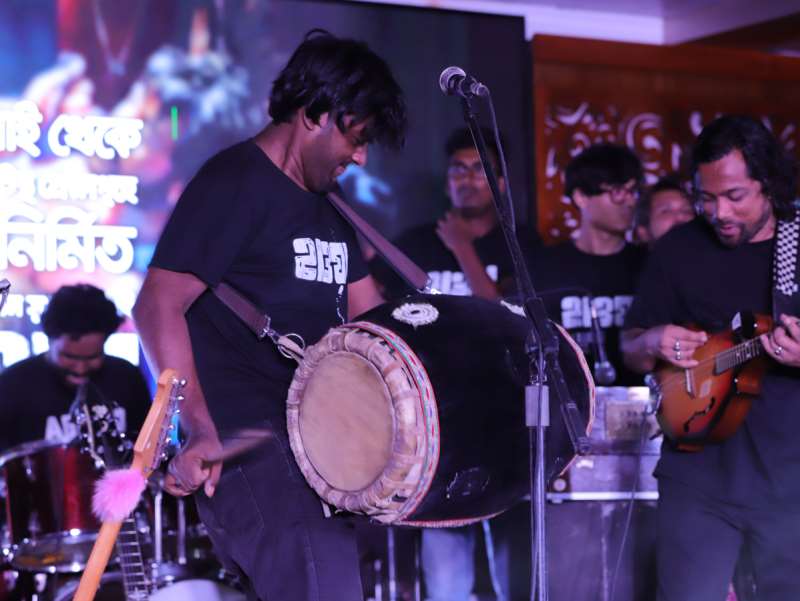 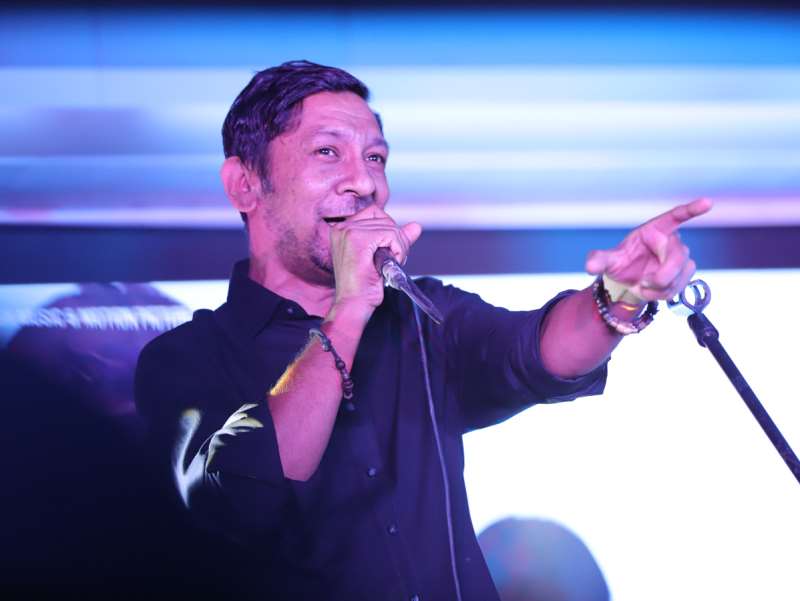 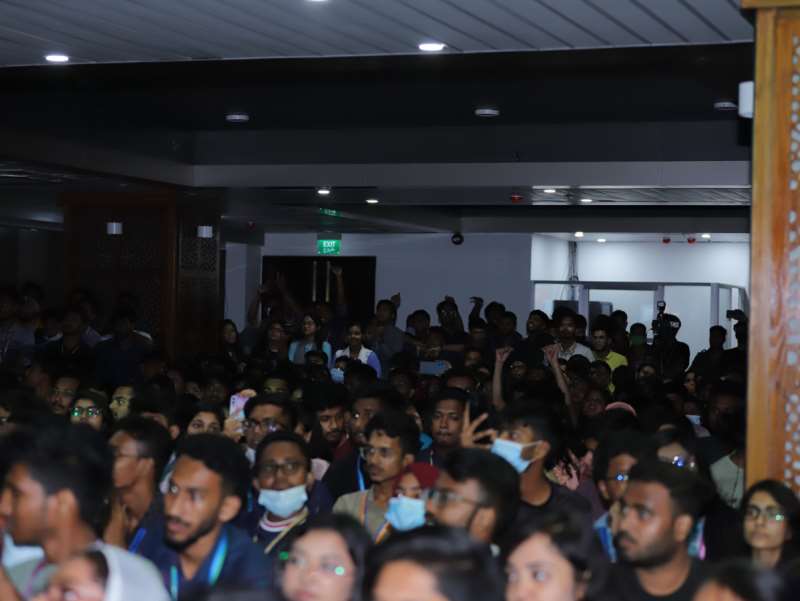 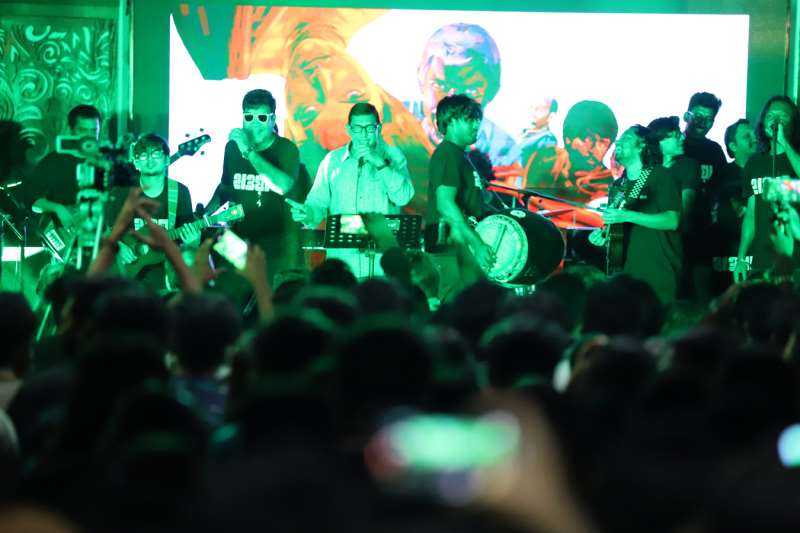 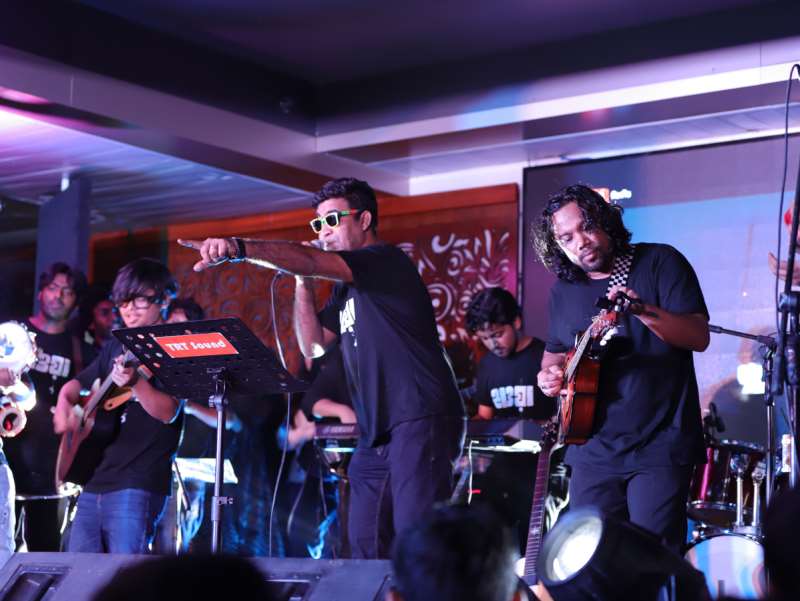 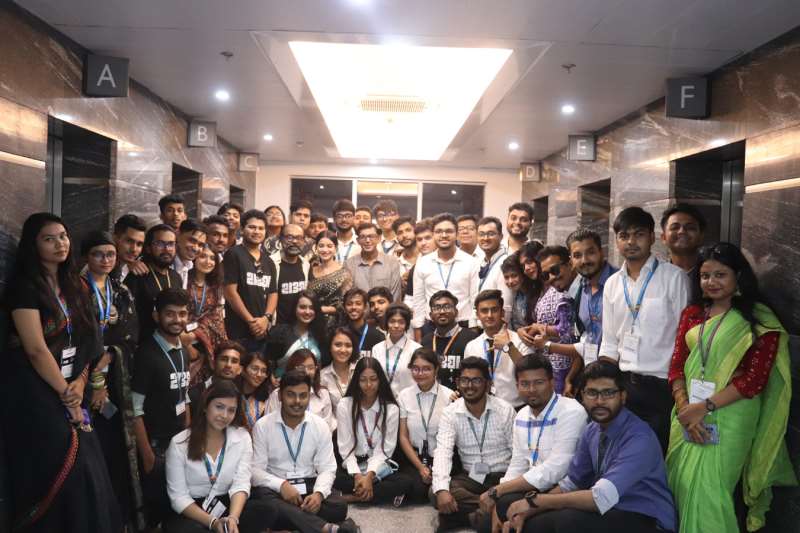