Mr. Onik briefly introduced himself before describing the Blockchain Technology. He explained the method, pattern, and structures of blockchain with clarification. He also highlighted the impact of blockchain in future world. After his speech, Mr. Rabbani took the floor and started his speech with a song to cheer up the audience. He described the process of blockchain and how it works, how a system is managed, protected, secured, and how privacy works through blockchain. He compared Blockchain with different phases of Computer Engineering. He mentioned AI, Database, Ethereum Development, and Blockchain in the seminar. How corruption could be prevented by Blockchain and how people could build their careers on Blockchain was also mentioned by the speaker. Mr. Al-Amin then talked about the Olympiad of Blockchain that is known as ‘BCOLBD’. He gave detail information about the upcoming Olympiad. He also mentioned about the success of AIUB students in previous Olympiad, wherein the top 10 teams 5 were from AIUB. He informed about team formation and participation in the competition, like, how to work in a team, and how to manage given tasks. Later, Mr. Zaman showed the audience the procedures for registration for the next Olympiad of BCOLBD 2022. In the concluding speech, Ms. Sharmin highlighted how participation in the Olympiad could be helpful and beneficial for the students. 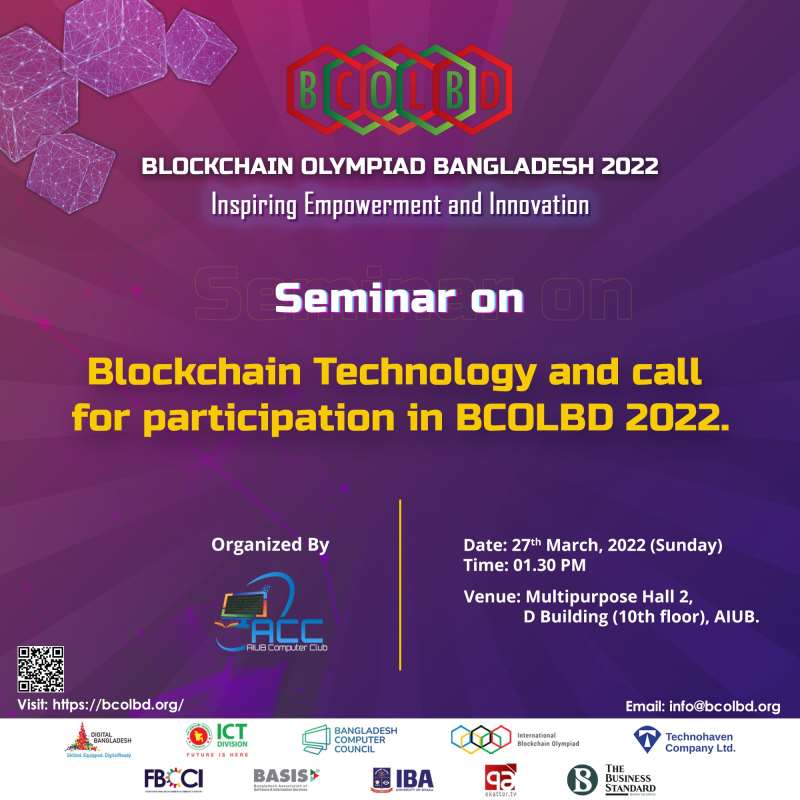 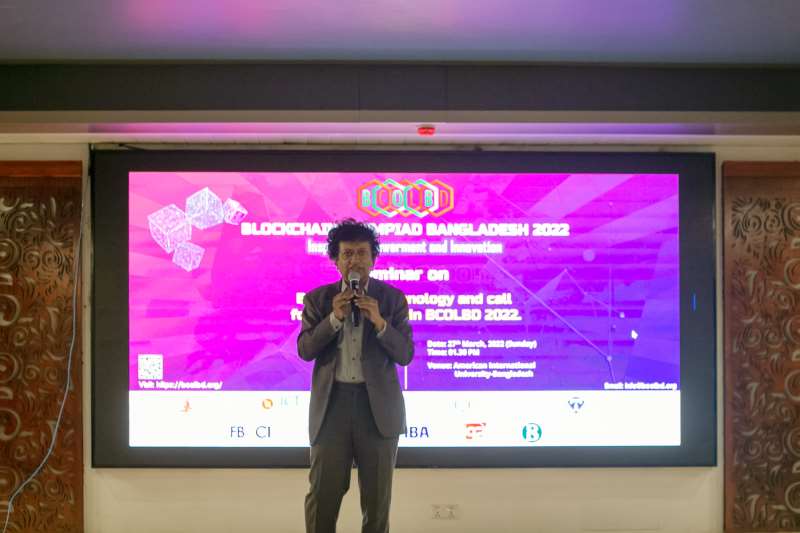 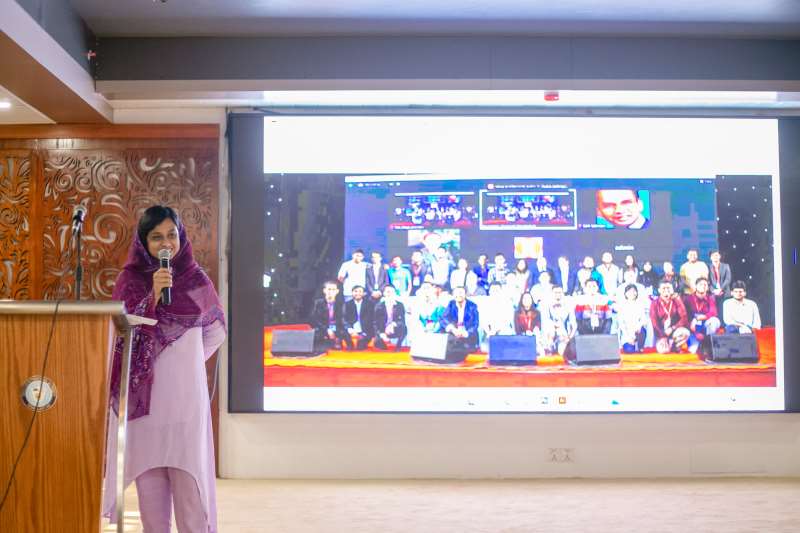 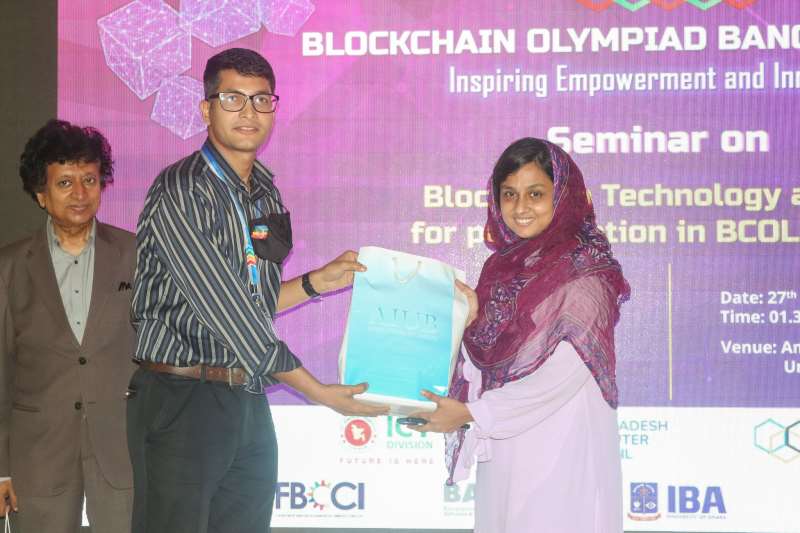 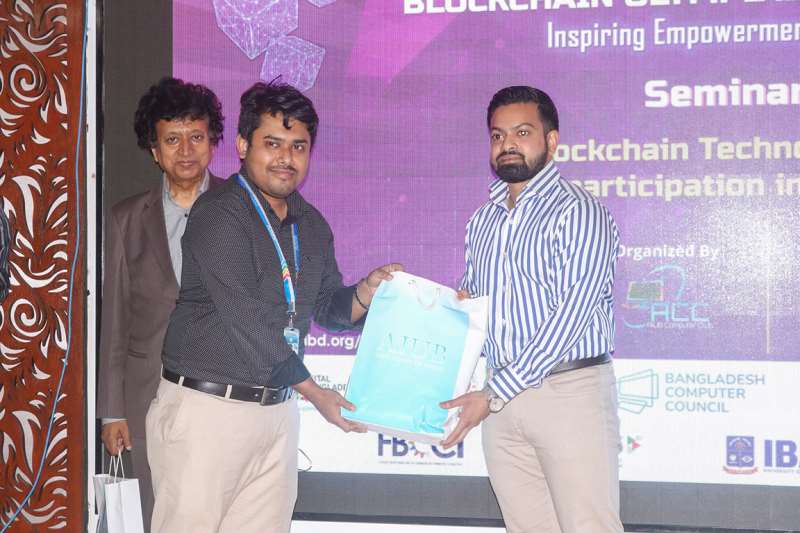 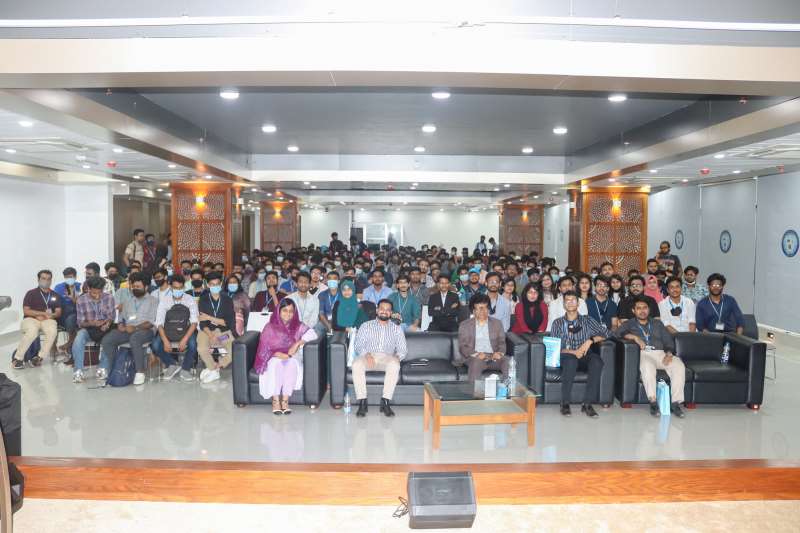