The Final match of the 8 days long (July 18 to July 25, 2019 ) Inter-Department Football Tournament “AIUB Champions League 2019” of American International University – Bangladesh (AIUB) was held in the AIUB Football ground in AIUB Campus at Kuril, Dhaka on July 25, 2019 at 5:00 PM. A total of 106 teams from different departments (both undergraduate and graduate) of AIUB participated in the 3 days long qualifying round from which 32 teams were qualified for the final phase of the tournament along with two faculty / officers’ teams that participated in the tournament. In the final match the Computer Science and Engineering (AEK Athens) team defeated the Faculty/Officer (Real Madrid) team by 4-1 goals and became the Champion. Rifat of the Runner Up team became the best player and the highest scorer of the tournament scoring 5 goals. Prince from the Champion team was selected as the Man of the Match in the Final and Rakib of the Runner Up Team was selected as the best goal-keeper of the tournament.

Professor Dr. Tafazzal Hossain Khan, Pro Vice Chancellor of AIUB, Dr. Tazul Islam, Dean, Faculty of Arts and Social Science, Mr. Abdul Kader Nazmul, Deputy Director, Sports and Cultural Affairs, Mr. Ziarat Hossain Khan, Deputy Director, Office of Student Affairs, representatives from the media and beverage partners were present during the final match. After the final match, Pro Vice Chancellor of AIUB distributed the trophies and prizes to the players in the Sports Complex of AIUB. Nagorik TV and Jago FM 94.4 Radio were the media partners while Speed (AFBL) was the beverage partner of this tournament. Faculty members, officials of AIUB and a large number of students were also present and enjoyed the final match and the prize distribution program. 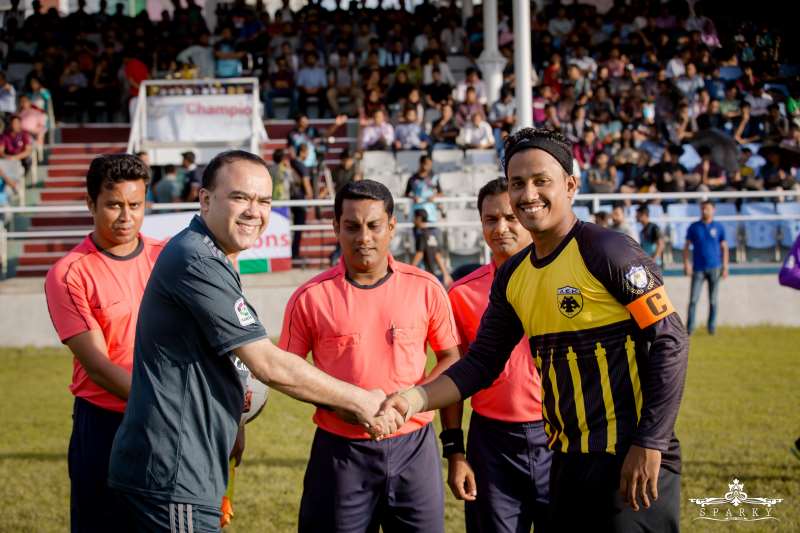 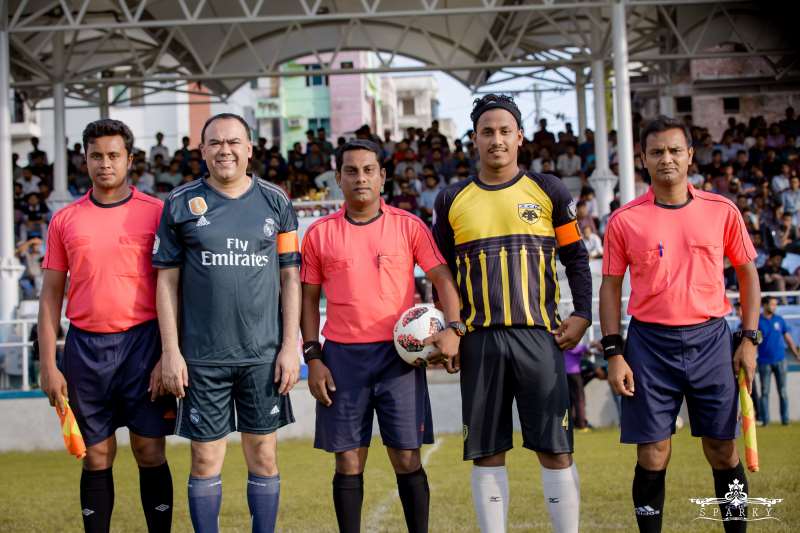 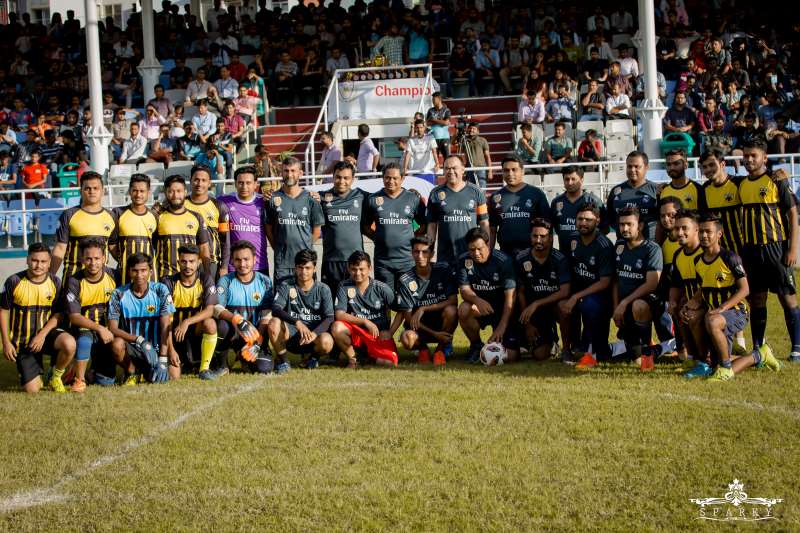 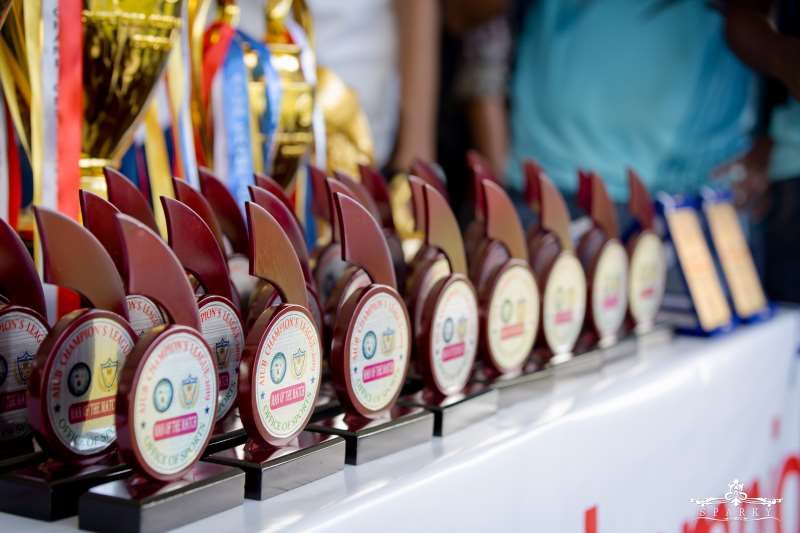 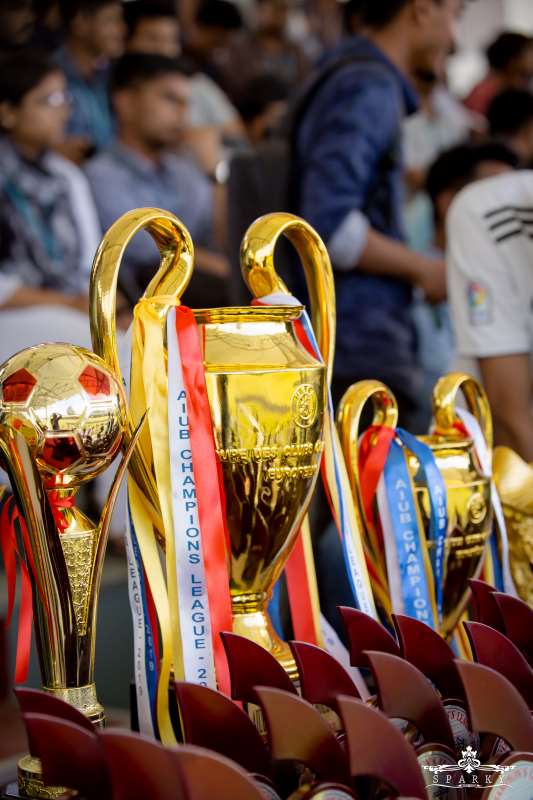 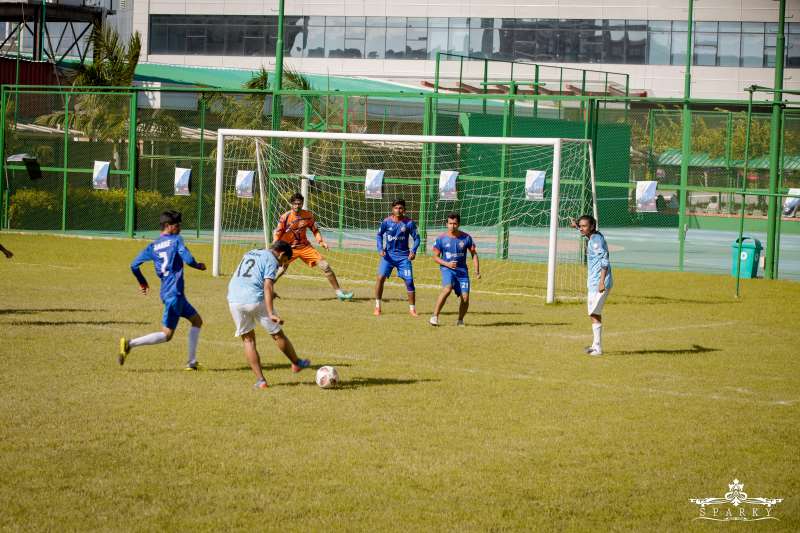 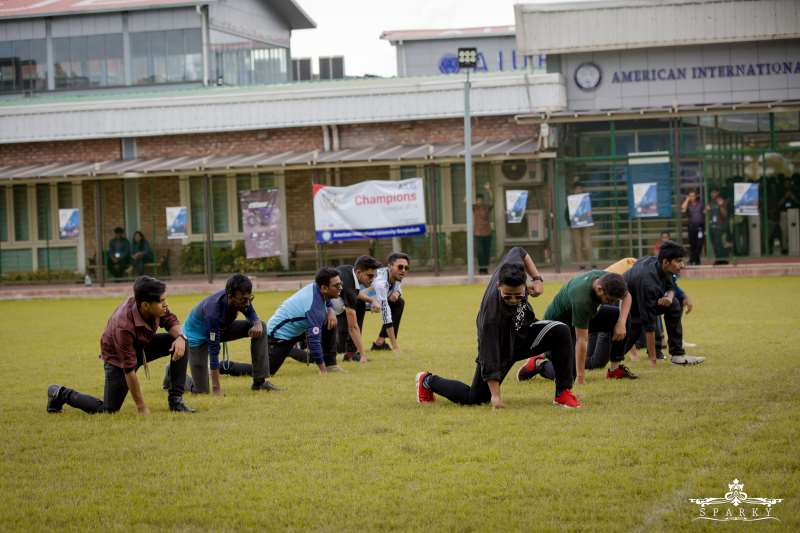 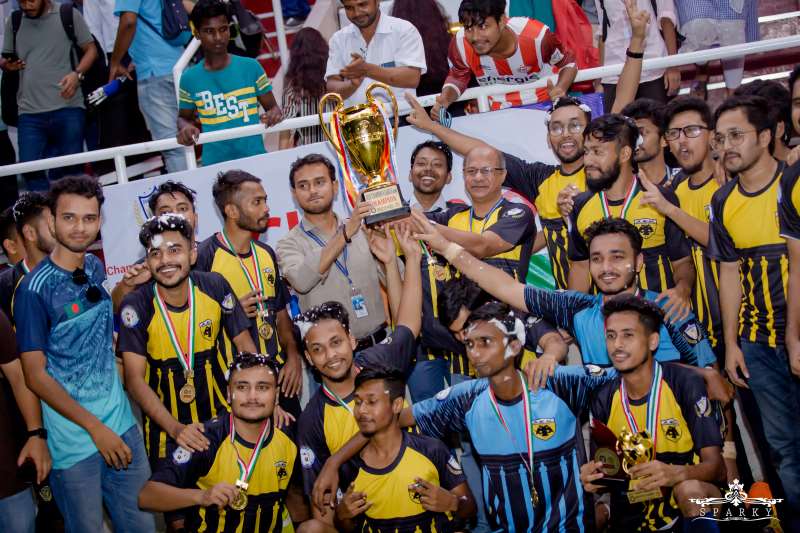 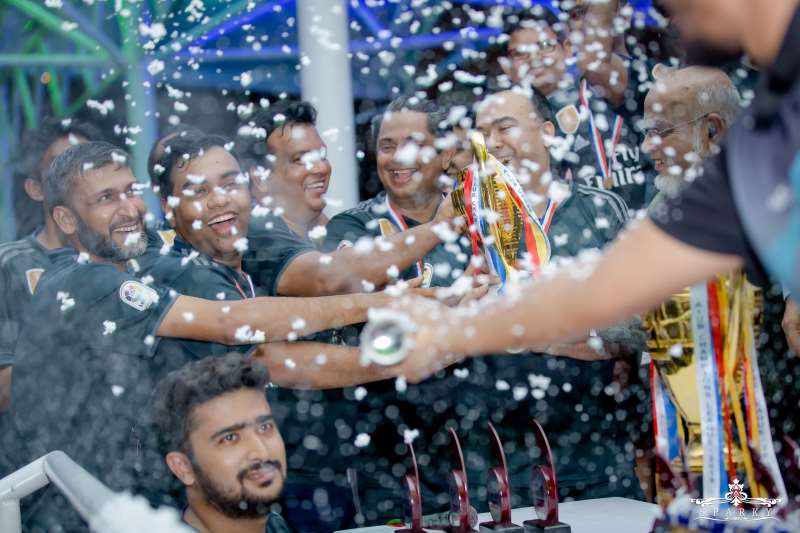 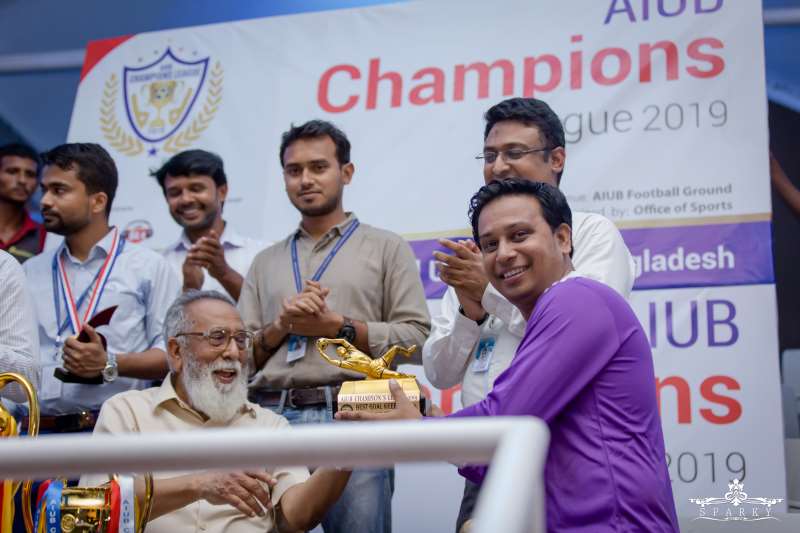 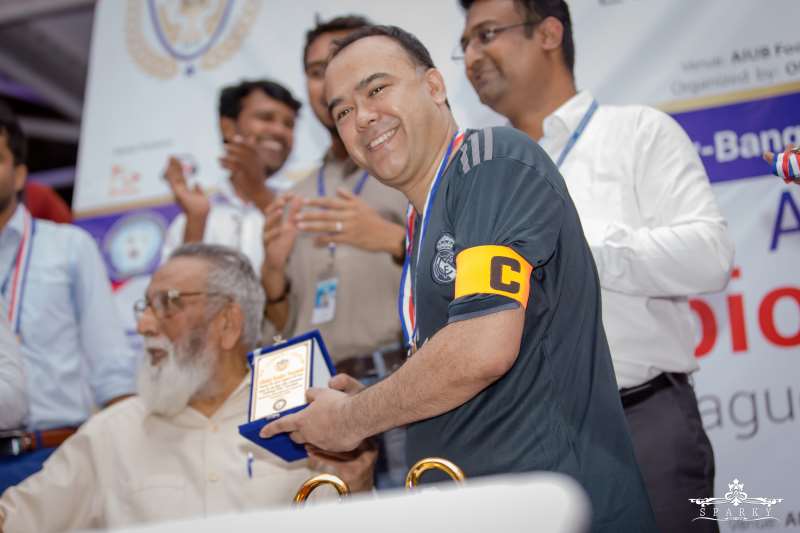 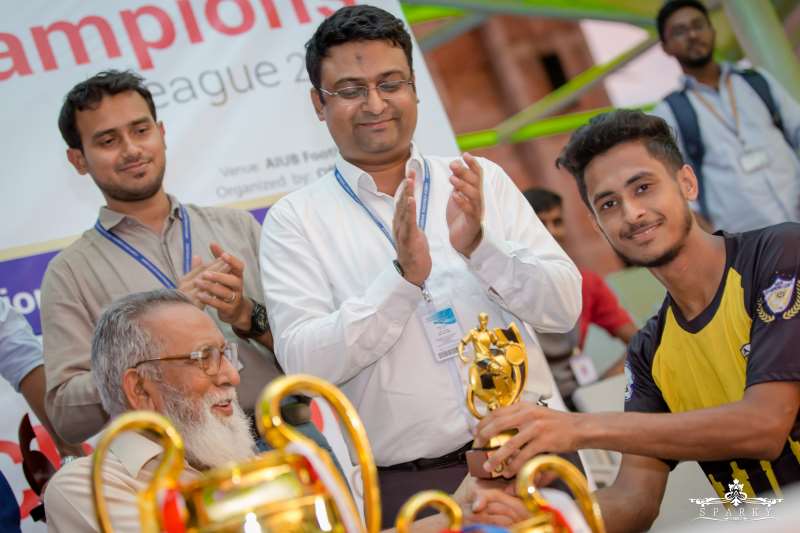 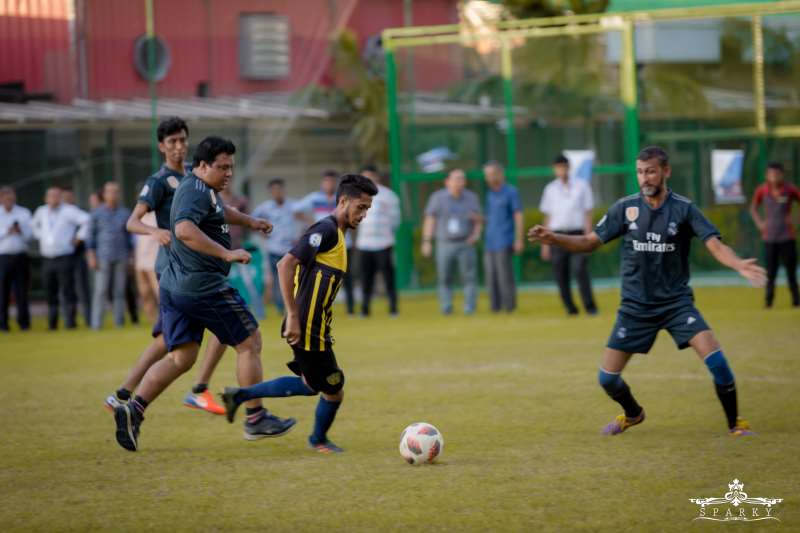