With the ever-evolving world we reside in today, the Magna Charta Universitatum (MCU) or the Great Charter of Universities that was originally signed in 1988 by the University of Bologna to mark its 900th Anniversary, in celebration of university traditions and to encourage collaboration between institutions, has not only grown in importance, but now demands itself to be able to be extended and take into account the significant changes in the global landscape of higher education.

In light of that very notion, the Magna Charta Observatory (MCO), with global consultation, developed a new version of the charter, as the MCU 2020, that not only preserved the core values initially inscribed in the document, but expanded from there to consider those of substance and priority in the new world today. The American International University – Bangladesh (AIUB) was granted acceptance into the MCU 2020 as a signatory back in August 2020. The official launch ceremony of MCU 2020 was held on the 32nd MCU Anniversary, in a 2-day event from the 16th – 17th of June 2021, using the online platform of Zoom. The first day session focused on the changes universities faced over the years, their implications and challenges posed today, followed by a discussion on the need for MCU 2020, its structure and impact for higher education institutions (HEIs) in the second day session. This initiative aims to enable the HEIs to strengthen their respective roles in the world for the next generation.

The occasion was commemorated with over 200 members of HEIs and its relevant associations, through an incredible selection of videos for the official signing of the MCU 2020 by signatories, along with ones that showcased signatory institutions putting the values into practice. AIUB was one of the 16 institutions whose videos were included in the event, demonstrating the ‘civic responsibility of HEIs as global knowledge networks embedded in local cultures, contributing to their future enrichments and further development, undertaking leadership roles in communities through research integrated teaching and learning’. As a noteworthy milestone for the university, AIUB takes great pride in not only being a part of the historic event, but even more so, to be a part of the MCU 2020 - an iconic step for collaborative development of higher education across the globe. 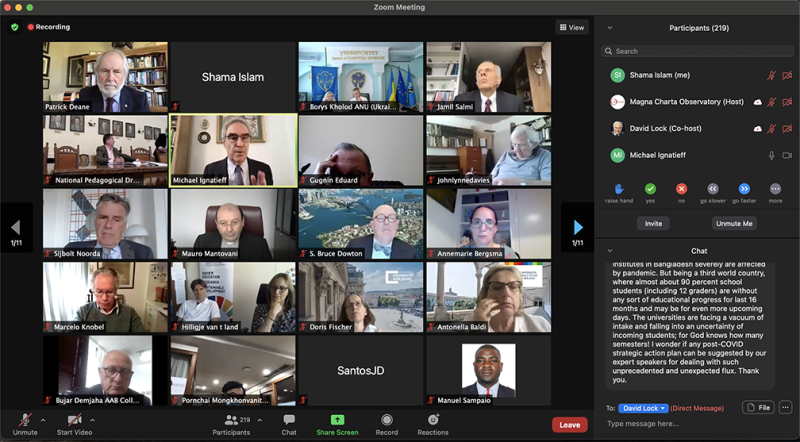 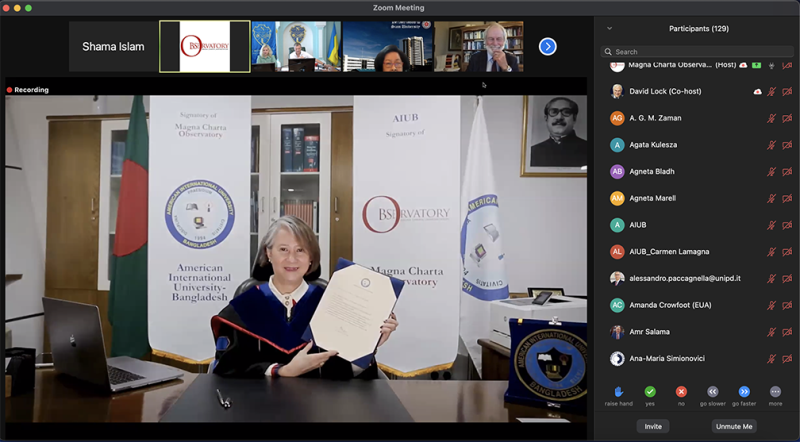 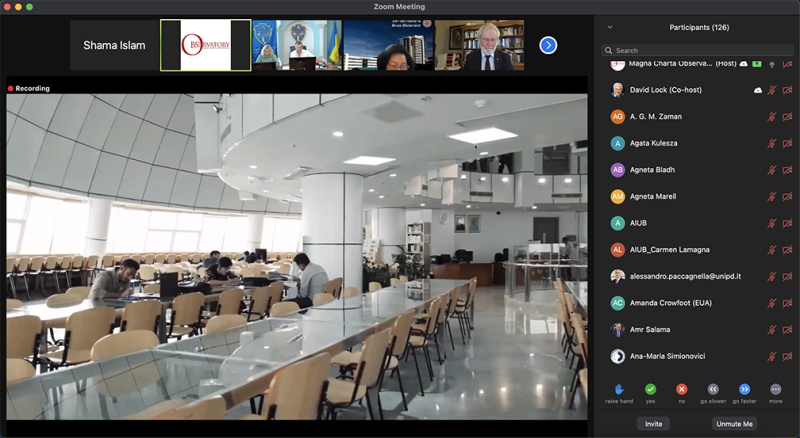 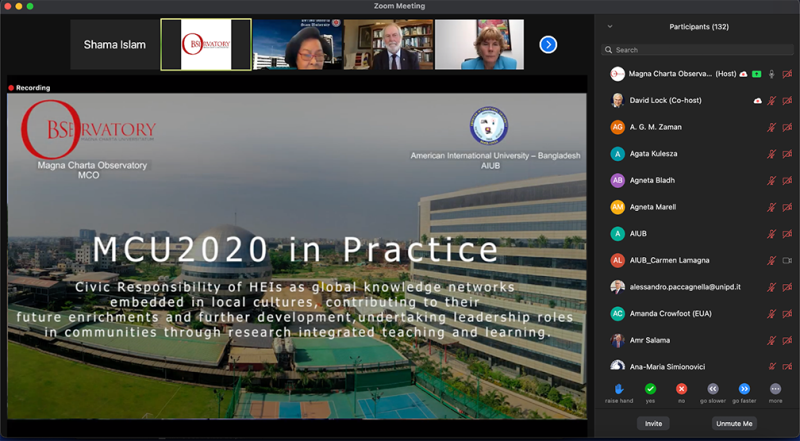 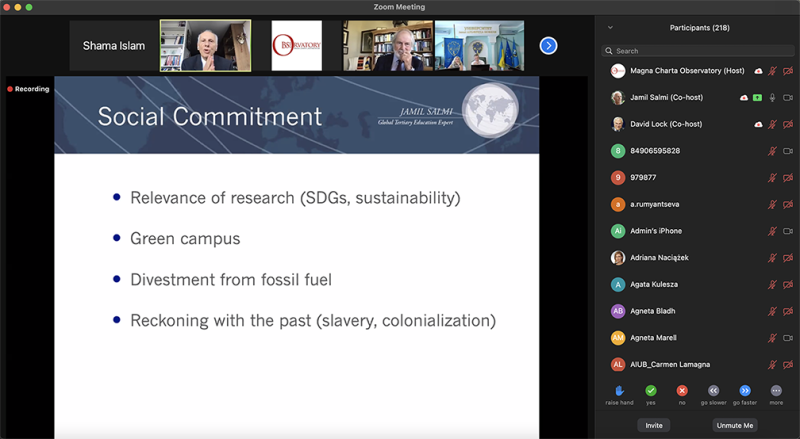