ACCOLADES FOR AN AIUB ALUMNUS

Monday 17 September 2007 Alumnus Sabur Zaheed M. Shahjahan, 01-02690-3 has brought great honors to his alma mater. After having achieved a CGPA of 4, he has moved on to achieve great heights in his professional life. Earlier in the year he joined Google to work as a Software Engineer in their office in Bangalore. Recently he has been transferred to Google headquarter in California.

Zaheed Sabur was a student of the Faculty of Computer Science. He was the valedictorian at the 7th convocation of the University held earlier in the year.

The AIUB family warmly applauds him and wishes him all the best for his future.

Sabur, we are very proud of you! 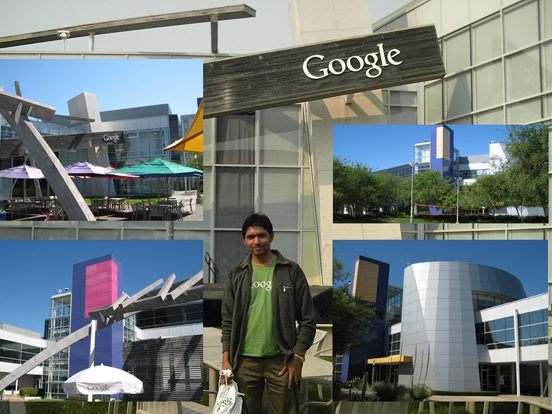 AIUB COMPUTER ENGINEERING GRADUATES ARE WORLD-CLASS Graduates of the American International University-Bangladesh are making their mark in the international arena and bringing accolades for AIUB and the country.  Recently, one of AIUB’s computer  science  graduates  and the valedictorian of the 7th Convocation of AIUB held in February 2007 at BCFCC;  Zaheed Sabur,  has been selected by GOOGLE to work for them at their headquarters in Mountain View, California, USA.  After graduating from AIUB in 2007, Zaheed was employed by Google to work as a Software Engineer at Google’s office in Bangalore, India. After 6 months at Bangalore, GOOGLE decided to transfer Zaheed to their headquarters in California.


This is indeed a dream come true for any software engineer, as GOOGLE  ranked  #1  in 2007, as the most desirable company to work for and the most powerful global brand in the ICT sector.  Zaheed  in a recent communication with the Vice Chancellor of AIUB; Dr. Carmen Z. Lamagna,  expressed his gratitude to his Alma Mata for  providing the right kind of computer science and ICT education that enabled him to work in the company of engineers from leading U.S. universities.  According to Dr. Lamagna,   AIUBians such as Zaheed Sabur have not only brought a sense of pride and fulfillment to the  AIUB family , but have also opened up doors to other world-class graduates of AIUB into world-class companies.   Dr. Carmen Lamagna often says that while others talk and beat their own drums,  AIUB works through practical results, and  Zaheed  Sabur’s employment with GOOGLE is a testament to this fact.