3rd Gold Award Ceremony of The Duke of Edinburgh’s Award: 9 AIUB students were awarded with the Gold Award

The third Gold Award Ceremony of The Duke of Edinburgh’s Award (DEA) in Bangladesh was held on 01 June, 2015. The program was hosted by the British High Commissioner to Bangladesh in his residence.

On this occasion, almost 200 awardees from leading educational institutions from Bangladesh were recognized for successfully completing the requirements of the Gold Award and thus proving their inner worthiness as more competent individuals by pursuing the activities for twelve months.

The British High Commissioner in Bangladesh, HE Mr. Robert W Gibson CMG was present in the program as Chief Guest, and Mr. Mirza Salman Ispahani, Chairman of the Board of Trustees was present as special guest at the occasion. The Members of the Board of Trustees and the Executive Committee of The Duke of Edinburgh’s Award Foundation, Bangladesh, Vice Chancellors, Heads of participating institutions, Award Coordinators and Award Leaders, eminent personalities also graced the occasion with their presence. Among others students from the University of Dhaka, Jahangirnagar University, BUET and AIUB received their Gold Award certificates.

The Duke of Edinburgh’s Awards started its journey on 20th September, 2008; the award initiated a movement for personal development for the youth of Bangladesh. The Gold award, which takes twelve months of effort, comprises of five sections: A voluntary community Service, Acquiring a new Skill, Pursuing a Physical recreation, undertaking an Adventurous journey and experiencing a Residential project. Some of the awardees taught underprivileged children as their service option, where some led cleaning up campaigns in their respective locality. For skills some learned a foreign language while some chose playing musical instruments. As physical recreation some took up self-defense arts such as karate, as well as other sports and others learnt to relax mind and body with yoga. And for the adventurous journey component, the awardees had expeditions to different parts of the country and also in foreign countries, and were enriched with ample life experiences. For the Residential project many participants went to rural areas of Bangladesh where they took part in agricultural activities along with farmers. 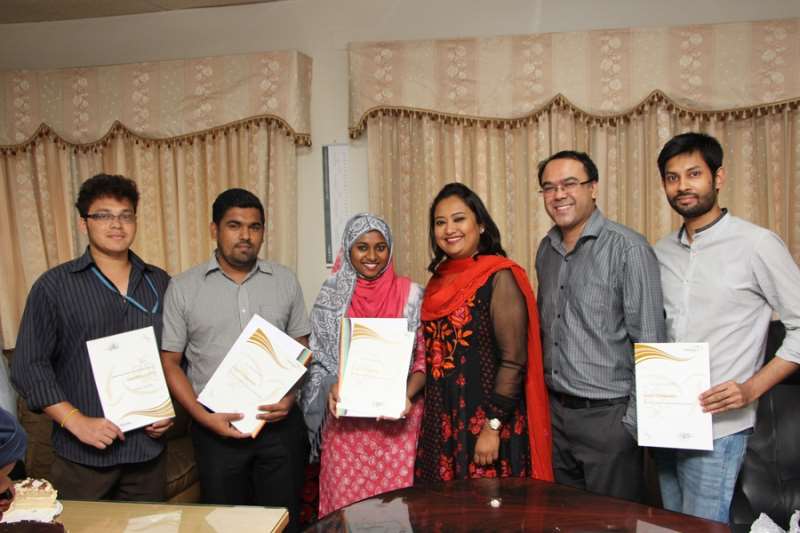 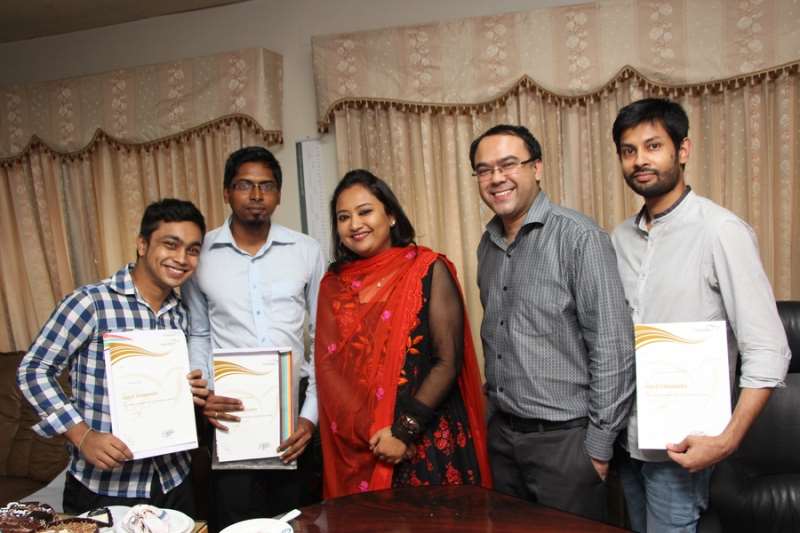 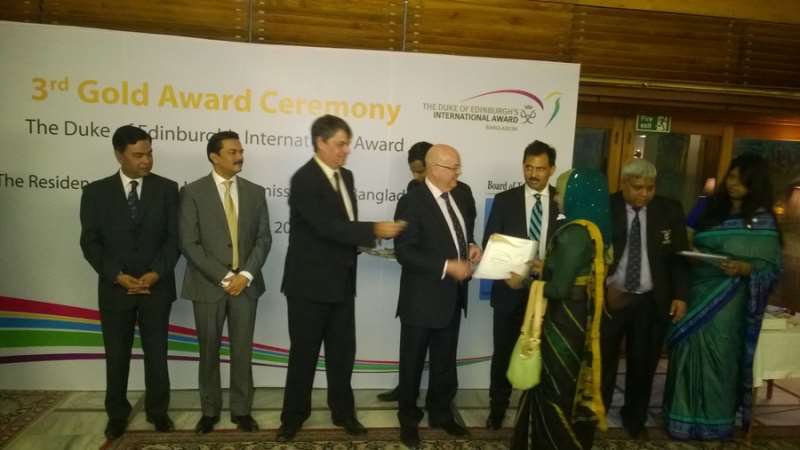 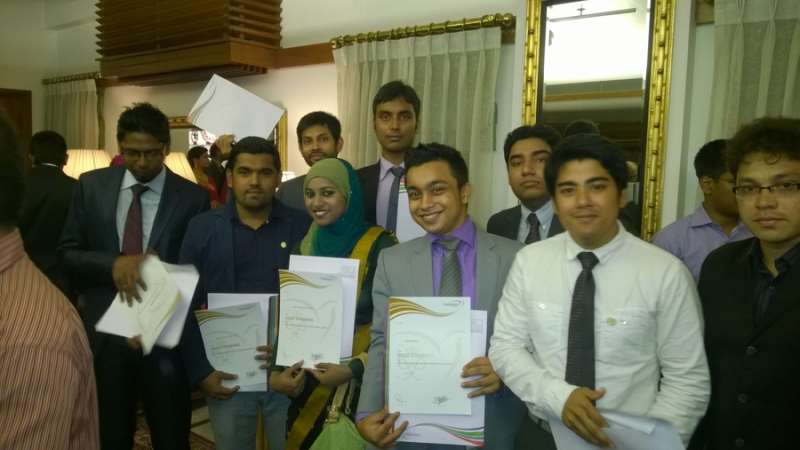